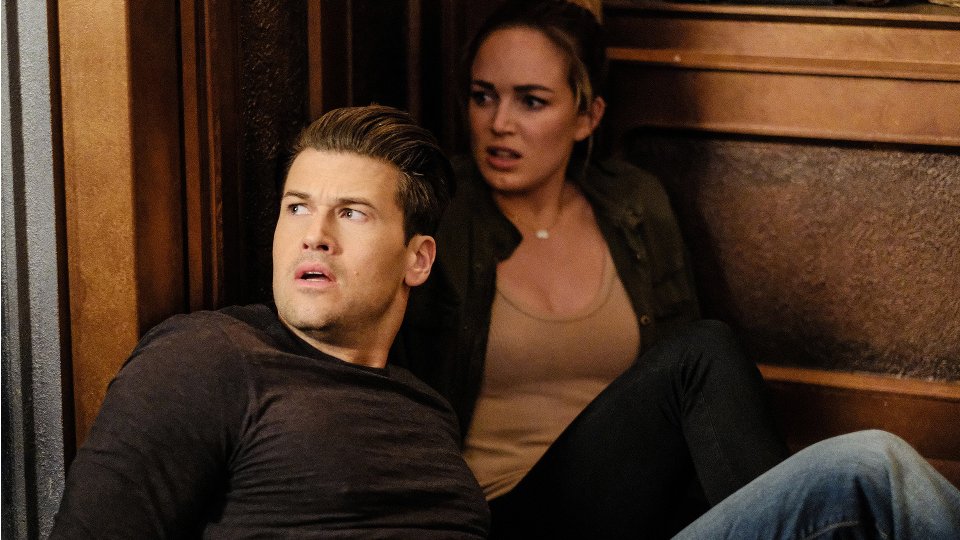 The four-way crossover between Supergirl, The Flash, Arrow and DC’s Legends of Tomorrow came to a close tonight.

They captured a Dominator to get information of it but were captured themselves by federal agents. They learned that the aliens arrived to assess the threat of humanity now that metahumans had appeared.

Felicity and Cisco rescued the Legends and set the Dominator free.

Back in Central City it was revealed that the Dominators knew about Barry’s manipulation of the timeline. They demanded he turned himself over to them in exchange for peace or they would unleash a bomb that would kill all metahumans on earth.

Barry (Grant Gustin) was ready to surrender but he changed his mind once Cisco reconciled with him. The team banded together to destroy the bomb and they forced the Dominators to leave using pain-inflicting nanotechnology.

At the end of the episode Supergirl (Melissa Benoist) was given a device to help her travel between universes and Martin (Victor Garber) pleaded with Jefferson (Franz Drameh) not to tell anyone that his daughter was an aberration of the timeline.

The mid-season finale is The Chicago Way. The Legends track a Time Aberration to 1927 Chicago and realise they’ve been set up by Eobard Thawne, Damien Dahrk and the newest member of the Legion of Doom – Malcolm Merlyn.