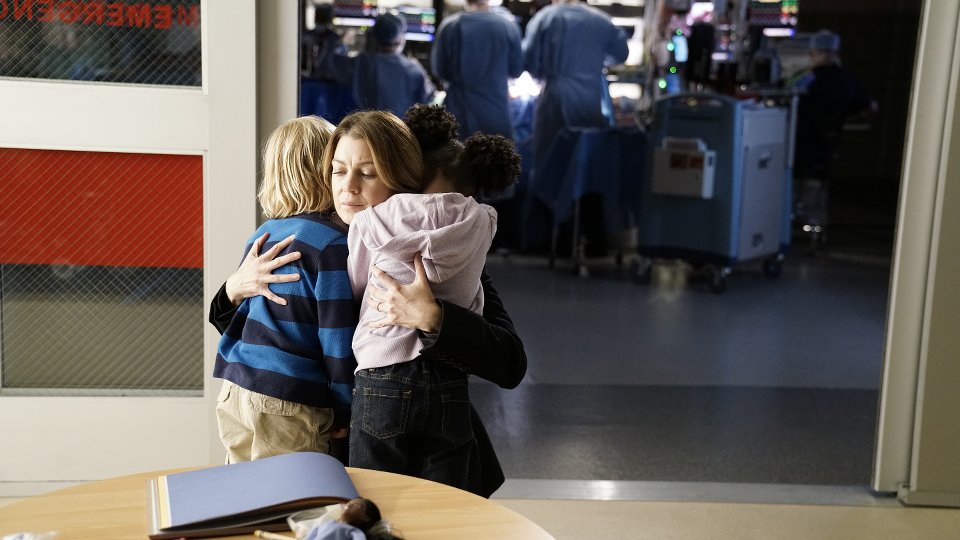 The arrival of education consultant Dr. Eliza Minnick (Marika Dominczyk) rubbed people up the wrong way on the latest episode of Grey’s Anatomy.

Brought in by Bailey (Chandra Wilson) and Catherine (Debbie Allen) to overhaul the training programme at Grey Sloan, the doctors started to panic about their jobs being in danger. Maggie (Kelly McCreary) found a notebook of Eliza’s containing details about all of the attendings.

Things for heated when Eliza entered the OR while Maggie was operating with Murphy (Tessa Ferrer) and DeLuca (Giacomo Gianniotti). Eliza pushed for the residents to do tricky parts of the surgery so they could learn and she purposely nicked a vessel to make DeLuca think on his feet.

Elsewhere April (Sarah Drew) went on a date that went bad, Amelia (Caterina Scorsone) told Owen (Kevin McKidd) that she didn’t want to have a baby, and Eliza flirted with Arizona (Jessica Capshaw) catching her off-guard.

The next episode of the season is The Room Where It Happens. A difficult surgery brings back pivotal memories for Meredith, Richard, Owen and Stephanie, as they work together to save a life.