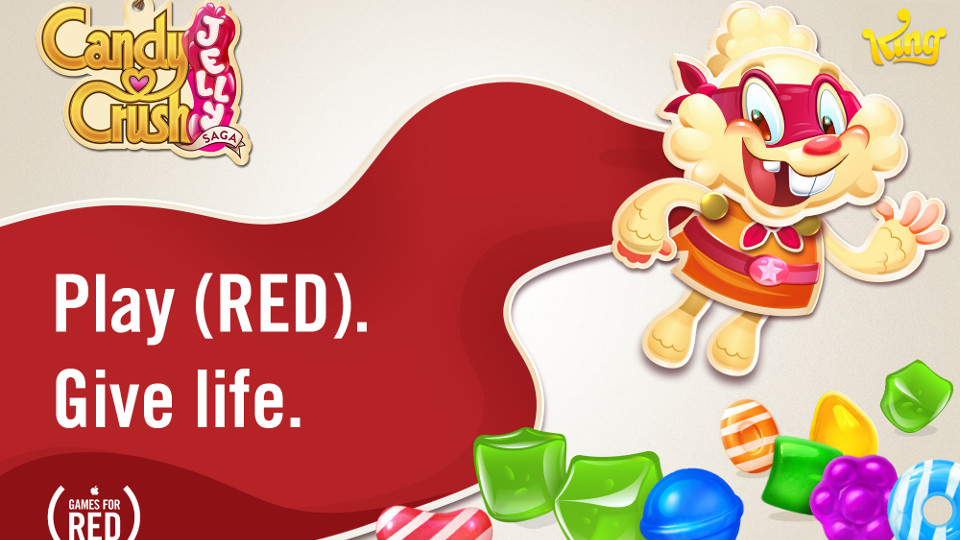 King is teaming up with Apple and (RED) to support World Aids Day on 1st December 2016. King is participating in App Store’s (RED) campaign, in collaboration with (RED), to raise awareness and fight for an Aids free generation.

King have launched two (RED) themed events in Candy Crush Jelly Saga (TREASURES) and Farm Heroes Saga (FIREWORKS), which are available exclusively to players on iPhone, iPad and iPod touch. Below are some quick tips for both events.

The (RED) themed live in-game events will run until 6th December and will give players the opportunity to donate to (RED) through in-app purchases that feature the (RED) logo. All proceeds will go to the Global Fund to support HIV / Aids prevention, treatment, counselling and testing in sub-Saharan Africa.

Quick tips on how to beat the bosses for the Candy Crush Jelly Saga (TREASURES) live event: