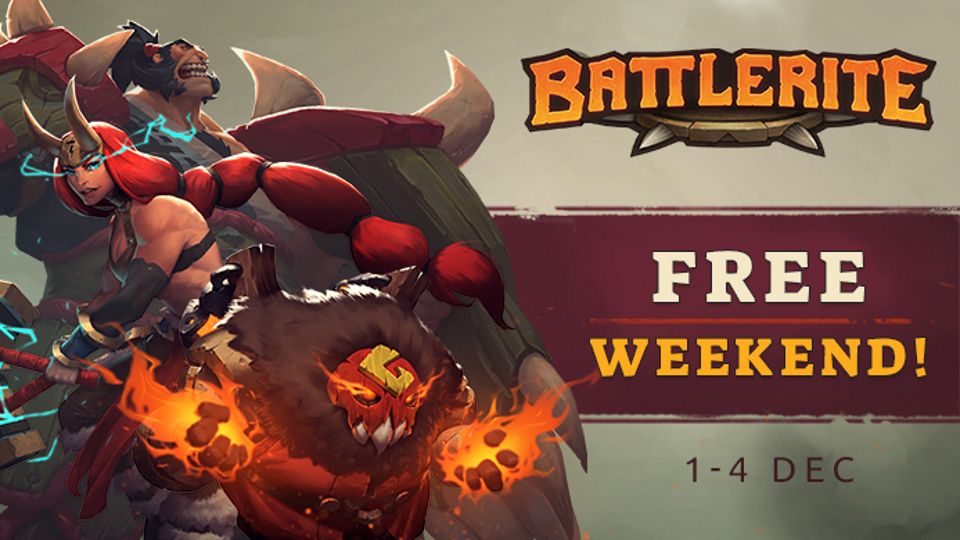 Stunlock Studios has announced the first free weekend for their popular arena brawler, Battlerite. The game immediately soared to the top of the Steam Global Top Seller list at its release and has sold more than 400,000 copies in two months. If you haven’t tried Battlerite yet then you’re in luck. Battlerite is free to play from Dec 1-4. This is the perfect opportunity to see what all the buzz is about.

Stunlock Studios also released a brand new trailer and Steam promises a 25% discount during the Free Weekend. Players who buy into the Early Access receive all current and future champions for free, forever.

Watch the new Battlerite trailer below:

Battlerite is an action-packed PvP brawler and the spiritual successor to cult-hit Bloodline Champions. Experience the explosive combination of a top-down shooter with a fast paced fighting game, played in quick 2v2 and 3v3 matches. Dodge bullets and pull off deadly combos with the use of good old WASD movement & cursor based aiming. Battlerite is about skill-shots, teamplay and fast reactions.

Check out the official Battlerite website for more information.