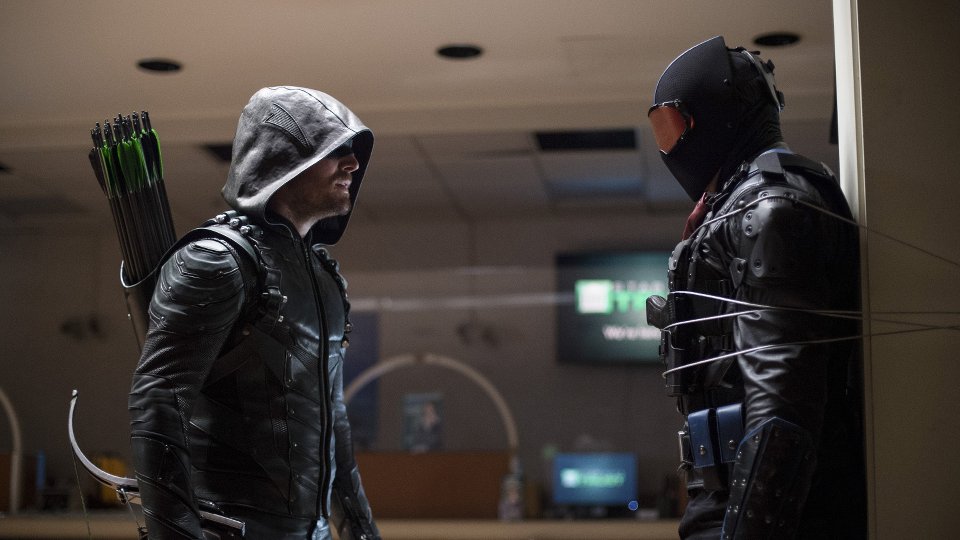 Oliver (Stephen Amell) and his team discovered a pattern to Prometheus’ killings on the latest episode of Arrow.

Several people were murdered with throwing stars and Team Arrow realised that the names of the victims related to the original kill list that Oliver had when he first started his crusade as the Arrow. The revelation didn’t go down well with Oliver’s latest recruits with Evelyn (Madison McLaughlin) calling him a hypocrite.

Felicity (Emily Bett Rickards) stole a throwing star from Billy’s (Tyler Ritter) desk to examine while the team split up to try and prevent Prometheus from killing any more people. Evelyn went up against Prometheus but was overpowered.

Elsewhere in the episode Felicity thought that Prometheus may work for the SDCP, Thea (Willa Holland) found out that Quentin (Paul Blackthorne) never quit drinking, and Felicity came clean to Billy about working for the Green Arrow.

The episode ended with Quentin waking up from a night of heavy drinking to find cuts on his arm and a throwing star in his apartment.

The next episode of the season is Vigilante. When the bodies of two criminals are dropped at SCPD, Oliver realises there is a new vigilante in Star City.