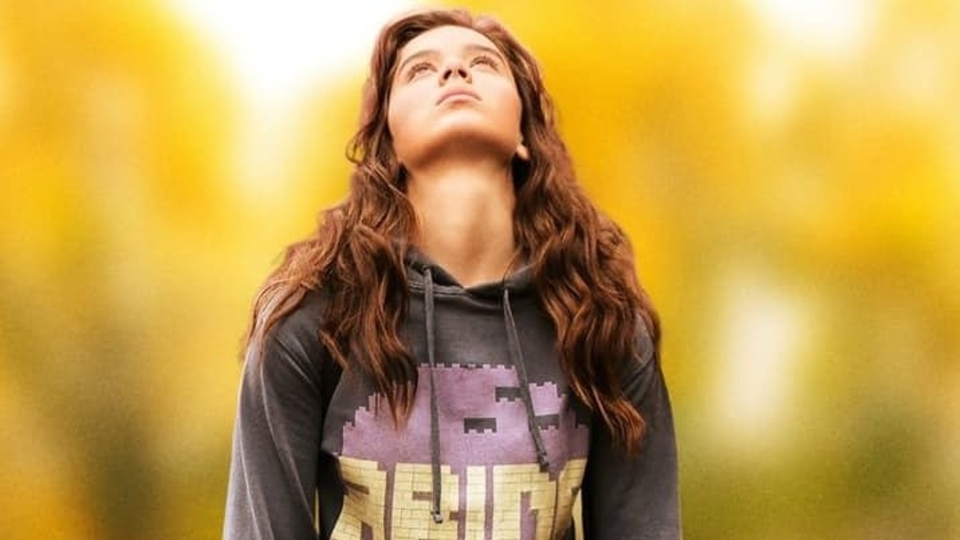 The Edge of Seventeen is that rarest of treats – a film that restores your faith in the teen comedy genre. Writer and director Kelly Fremon Craig hasn’t penned a script since 2009’s Post Grad (starring Gilmore Girls favourite Alexis Bledel) but this return to the mainstream is staggeringly well-conceived, filmed and orchestrated. It delivers a laugh out loud funny and a very poignant look at what it’s really like to be a teenager in today’s world.

Lots of films have featured teen angst in the past, but these usually never scratch deeper than the same old surface-clichés. That’s why when a great genre-comedy comes along like this we should all take notice. The Edge of Seventeen is a film that will go on to become a cult classic for today’s generation in much the same way Pretty in Pink, The Breakfast Club, Clueless and Ten Things I Hate About You did in the 80s and 90s. The Duff was the last film in this genre to really deliver something fresh and exciting. The Edge of Seventeen furthers this with a balanced and totally believable account of later teenage years that’s hard not to fall in love with.

The writing is sharp and witty but it needed a strong figurehead to really sell the premise. Enter Hailee Steinfeld – easily the most accomplished, diverse and exciting actress of her generation – who brings a relatable energy and vibrancy to her role. Nadine has always struggled to fit in at school. We learn about how she met her best friend Krista (an impressive Haley Lu Richardson) and how these awkward girls formed a strong, seemingly unbreakable bond over their formative years.

Jump ahead a few years, and their friendship is put to the test when Nadine’s popular and athletic good-guy brother Darian (Blake Jenner) starts to date Krista. This causes Nadine no end of frustration as she struggles to keep it together in the face of mounting stress and anxiety. Her head-in-the-clouds mother Mona (a brilliant Kyra Sedgwick) doesn’t help the situation as Nadine struggles to deal with disappointment, true love, lust and everything in-between. Thankfully she has a teacher to bounce ideas off – the disinterested Mr. Bruner (Woody Harrelson) who really just wants to be left alone.

And here is where The Edge of Seventeen’s real magic lies… in the magnificent chemistry between the cast. Blake Jenner, having really impressed in Richard Linklater’s Everybody Wants Some!! has fast become a real name to watch out for, and it looks like he’ll have a long, successful career ahead. He also bounces off Haley Lu Richardson’s sweet and affecting performance as a good-natured girl just looking for new experiences whilst staying loyal to her best friend.

Holding all of this together is Hailee Steinfeld who hands in a remarkable performance that positively sparkles with creativity and nuance. Her exchanges (with Harrelson in particular) are excellent and give the film genuine heart. Woody Harrelson is always reliable and this pairing with Steinfeld is one of the best things you’ll see in a cinema this year. Both have a remarkable comedic touch that just works effortlessly here.

With writing this strong, a killer soundtrack, a gorgeous eye for how this story should be told and breakout performances from everyone involved, The Edge of Seventeen is an unmissable treat that’s easily one of the best and most enjoyable film experiences of the year. It even happily echoes the work of the late, great John Hughes himself. Whip-smart, warm and very funny, The Edge of Seventeen perfectly captures the highs and lows of teen life with genuine comedy, drama, heart and soul.