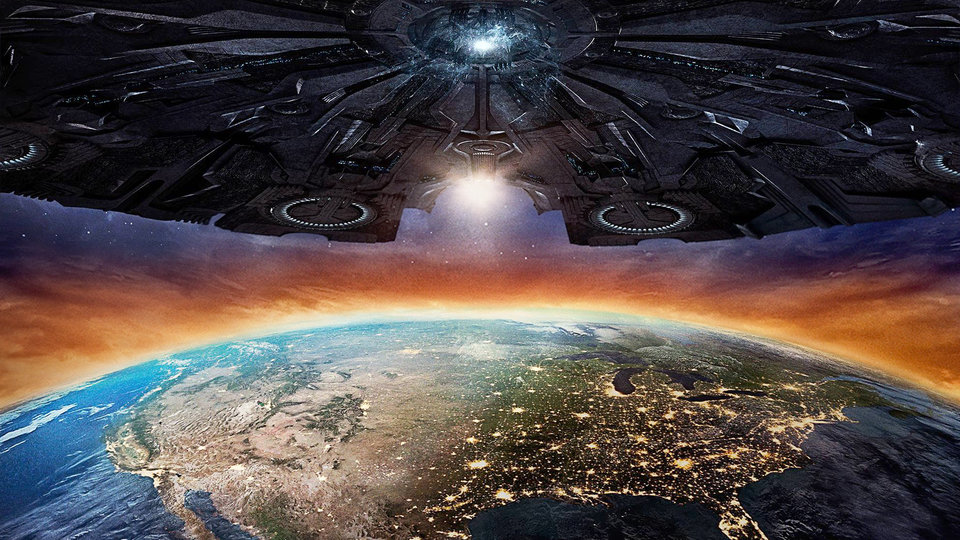 It’s hard to believe that it’s been 20 years since we were first wowed by the sheer spectacle of Independence Day – a B movie with A list aspirations that went onto become a global juggernaut. Revisiting the past is always a tricky proposition, especially when it comes to movie nostalgia, so this anticipated sequel has a lot to live up to.

For the most part, Independence Day: Resurgence is an enjoyable summer blockbuster that manages to echo the past, but with a lesser impact. Losing Will Smith was a big loss though it has to be said. Granted, he hasn’t made a decent film in years, but his desire to distance himself from sequels after bad past experiences is a shame for this franchise. Bad Boys and ID4 are the two sequels you’d want to see Will Smith tackle. Hopefully Bad Boys 3 will become a reality very soon but his involvement in Resurgence would have been brilliant.

His absence means that the script was forced to go in a new direction. This aspect actually works out ok, bringing in Jessie T. Usher as Will Smith’s character’s grown-up son Dylan Hiller. Now an integral part of Earth’s defence system, the gifted pilot follows in his famed father’s footsteps in safeguarding the human race from future alien attacks. In the 20 years that have past, Earth has adopted the alien technology left behind to firm up our defences and create contingency plans should they return.

And return they do, exactly two decades to the day of the first attack. It’s nice to see nostalgia isn’t limited to just this planet’s inhabitants then. But being an alien race with a grudge to settle, they arrive bigger and better. With a ship the size of the Atlantic Ocean, the aliens attack and it’s up to Hiller and his young pilots to help. Among them is a former-friend whom Hiller has a serious beef with – Jake Morrison (Liam Hemsworth).

Hemsworth is a solid, if slightly conventional, addition to the cast. Playing the bad-boy pilot who has trouble respecting authority gives Hemsworth plenty of opportunity to shine and his chemistry with Usher could develop nicely given time. Jake Morrison is also engaged to Patricia Whitmore (the brilliant Maika Monroe), the daughter of former president Thomas Whitmore (Bull Pullman). She works with the current serving president (a returning Sela Ward) and cares for her father, who is experiencing nightmarish visions of another attack.

This is where Independence Day: Resurgence really comes into its own. Bill Pullman is brilliant in this, with his character being used far more than expected. Pullman is always a joy to watch and his inclusion shows that this film knows how to incorporate the original cast with a new generation very well. Speaking of original cast members, Vivica A. Fox, Brent Spiner and Judd Hirsch are all used effectively throughout – especially Hirsch, who brings his usual brand of quirky charm to a side-story involving some abandoned kids looking to flee the danger zone.

And then we come to the films brightest spark – Jeff Goldblum. David Levinson, having saved the world last time around, now plays a big part in safeguarding its future. He is on a government mission when the attacks arrive and he has the unenviable task of finding out how to defeat the aliens once again. Goldblum is sublime and brings his usual magnetism to the role. His involvement in Independence Day: Resurgence is the main reason the movie works as a popcorn adventure. It also proves that any Jurassic World sequel has to have him involved in some capacity.

So with new characters and old all uniting, the human race (or rather America and a few token glances towards the rest of the planet) once again goes to war with the aliens. And it’s bigger and louder than ever, but not as memorable. As Goldblum jokes, they like to get the landmarks but apart from an adrenaline-fuelled sequence where some of the world’s biggest landmarks are dropped onto one another (the Burj Khalifa decimates the London Eye), there’s nothing as noteworthy as the first movie. When you’ve already blown up the White House and Empire State Building so iconically, there’s little you can do to follow it up.

So there are a few things that don’t work in the film. Nicolas Wright’s character Floyd is meant to be some kind of comic relief but falls miserably flat. The action sequences are engaging but never truly spectacular. Charlotte Gainsbourg’s addition is just a bit perplexing – she’s not good or bad. The same can be said of Angelababy, whose character is painfully underwritten, to no fault of the actress.

The first Independence Day will always be iconic. This sequel has some good ideas and there’s certainly scope for a third chapter which I’d still like to see. But Will Smith’s loss is felt, and the whole film feels like a tribute act rather than its own beast. But it’s undeniably entertaining in parts too, and if you want to spend 2 hours watching aliens ripping apart earth, then you can do a lot worse than Independence Day: Resurgence.