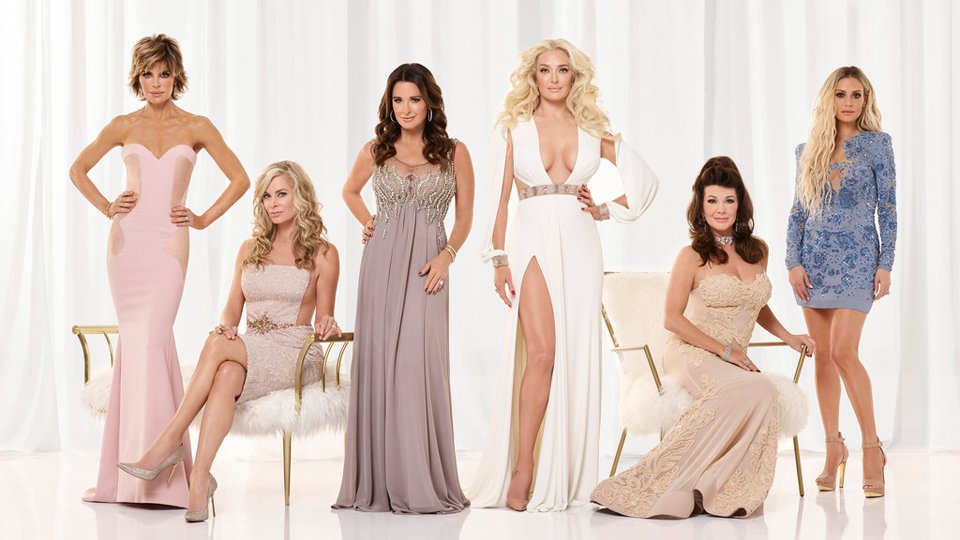 The Real Housewives of Beverly Hills is coming to hayu on 7th December 2016.

The latest season of the show promises to be the most fabulous as Erika Girardi, Lisa Vanderpump, Kyle Richards, Lisa Rinna, and Eileen Davidson are joined by new housewife Dorit Kemsley and friend Eden Sassoon.

Dorit is a friend of Lisa Vanderpump and is the glamorous and charming wife of Paul “PK” Kemsley, a wealthy English businessman turned high powered talent manager representing the likes of ’80s icon Boy George and soccer superstar Pelé. A mother of two young children, Dorit balances the demands of overseeing her husband’s company while parenting alongside her many nannies.

Eden is a friend of Lisa Rinna and the daughter of late style icon Vidal Sassoon, is expanding her own salon and Pilates business in an effort to continue her father’s legacy. Having overcome a battle with alcoholism, the free-spirited and outspoken Eden is committed to having fun and looking for love when she is not fulfilling her parenting duties as a single mother.

On this season of the show Lisa Vanderpump attempts to keep her head held high as she navigates challenging friendships with those whom she believes have treated her badly in the past. Erika Jayne’s career continues to soar with a new music video and a headlining gig in Greece, while Erika Girardi takes an emotionally surprising trip to visit her mum in rural Georgia.

Always on the move, Kyle steps into her new stilettos as a TV producer, expands her retail business to NYC, and is forced to fend off damaging words from a new acquaintance who tries to meddle in her very personal business. Eileen struggles with grief after the recent loss of her mother and questions her tumultuous relationship with Lisa Vanderpump. Meanwhile, Dorit finds herself embroiled in conflict with Erika when a simple question of social etiquette turns into an assault on one another’s character. The newest housewife soon clashes with Lisa Rinna after an alleged joke spirals into a series of hurtful accusations that causes sparks to fly.

And never one to silence her opinion, Lisa Rinna’s famous lips get her into hot water when she questions a former housewife’s behaviour, ultimately reopening old wounds and causing a dramatic rift within the group.

The premiere of The Real Housewives of Beverly Hills season 7 is on Wednesday 7th December on hayu. Watch a clip from the new season below:

Advertisement. Scroll to continue reading.
In this article:hayu, The Real Housewives of Beverly Hills