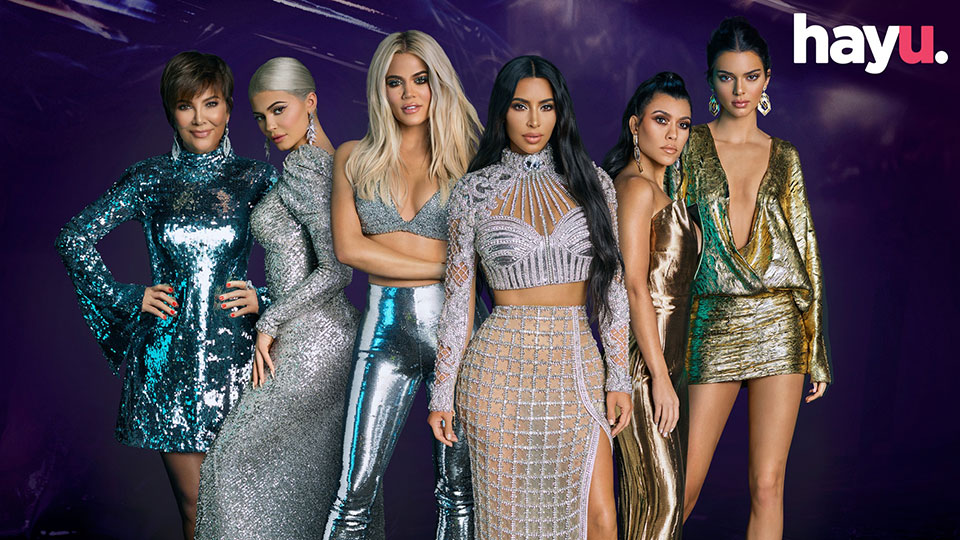 Keeping Up With the Kardashians season 16 is available from today to stream and download on hayu in the UK, the same day as it airs in the US.

This season kicks off with an unprecedented look into Kim and Kanye’s passionate relationship. From Kanye’s hectic schedule, to their plans for a fourth child via surrogate, and Kim’s continued interest in prison reform, nothing will slow them down.

Kourtney fully embraces the “modern family” lifestyle with Scott as their focus remains on being positive role models for their kids. Meanwhile, Khloé tackles first-time motherhood while still processing the complex emotions surrounding her relationship status. Additionally, Kris hosts the family for Thanksgiving at her new home in Palm Springs, but is less than thankful when the holiday doesn’t turn out quite as she expected. Kris also decides to unleash her inner video vixen for Ariana Grande’s Thank U, Next music video.

As Kylie has her hands full with her own precious bundle, she still finds time to throw her niece Dream a fairytale birthday party. Kendall takes her family in when a devastating wildfire ravages their community, but finds herself in a predicament when one of her sisters refuses to leave. With Rob’s focus solely on raising his daughter, Kim decides it’s time to give some big sister life advice. The family packs up and heads to Bali where in the midst of the calm and restorative energy, each of them are confronted with potential life-altering revelations. With all the newest additions, the Kardashians are closer than ever and prove that family outshines anything else.

Stream and download Keeping Up With the Kardashians in the UK on hayu, reality on the demand, from 1st April, the same day as the US.

Advertisement. Scroll to continue reading.
In this article:hayu, Keeping Up With the Kardashians