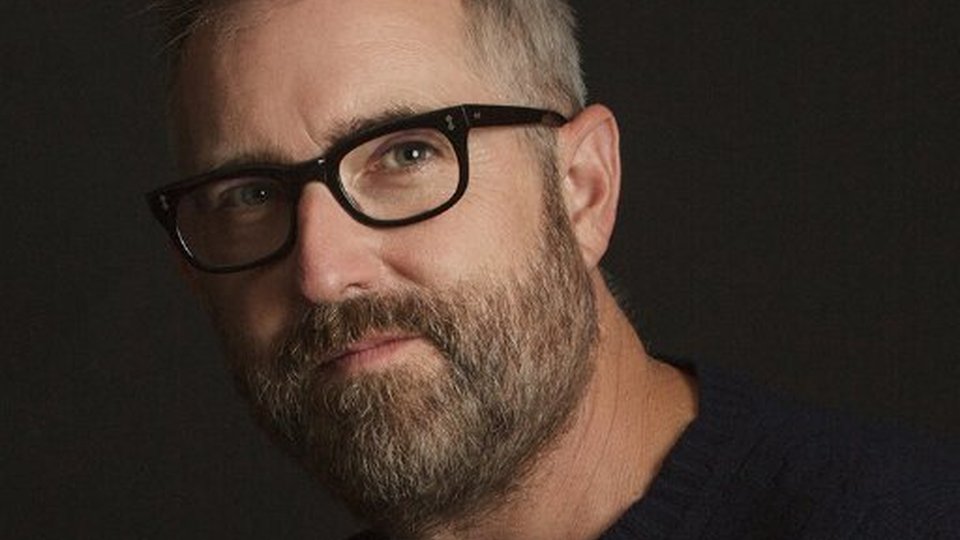 Known for his work on films Loggerheads and 2nd Serve, Kirkman delivers his best movie yet with Lazy Eye. A drama with the majority of the action taking place between two characters, Lazy Eye has been pulling in critical acclaim and it’s a film I gave a rave review to recently.

I caught up with Tim to find out more about the movie, talk about the magnificent lead actors, and discuss the other projects he has coming up this year.

Hi Tim. How are you today and where does this Q&A find you?

I’m at home in Los Angeles, sitting in my kitchen while my dog, Banjo, lies next to me, snoring.

Lazy Eye is your latest movie. What’s it all about?

Lazy Eye is about two people who shared a romantic summer in NY 15 years ago and re-connect for a weekend at a house in the desert near Joshua Tree. They have not seen or heard from each other in all of this time, so it’s a movie about what happens when the one who got away unexpectedly resurfaces in your life.

Where did the idea for the film come from?

The spark of the idea came out of an ex from my past connecting with me via social media, but it was also because I have looked people up from time to time myself. We all do that, don’t we? I started to imagine what might happen if this occurred at a pivotal moment in someone’s life — turning 40, for example, when our eyesight usually take a dramatic shift. Our vision literally changes so the movie is about getting older and coming to terms with the choices you’ve made in life and letting go of others.

Your leading men – Lucas Near-Verbrugghe and Aaron Costa Ganis – are superbly cast as Dean and Alex. What was it about those two actors that you felt embodied the two characters at the heart of the film?

I had never met them and they had never met each other, but they are trained, experienced actors who come from NYU’s Tisch Graduate Acting program. They’re the real deal. And I knew as soon as we had a conversation that they would be up to the challenge that the script demands. In Lucas’s case, that meant occupying about 99% of the screen time and for both of them, it meant making themselves sexually and emotionally available for the story. And they both rose to the occasion, so to speak!

The chemistry between Lucas and Aaron is electric. What did you do to help foster that in your role as director?

I can’t take all the credit for that. These guys were absolutely committed to making Dean and Alex real people. I tried to encourage them to be natural, to resist any temptation to act, and to just be themselves. But I had to do very little. All I really needed to do was to get out of their way so they could do what they do best — act. I think it helps to have a working environment where collaboration is encouraged, so I tried to provide that, too.

One of the things I loved about Lazy Eye is just how stunning it looks. How did you manage to make such a beautiful looking movie on a relatively small budget?

Thanks. My whole team was amazing. Gabe Mayhan, the cinematographer, is a painter with the camera. I am so lucky to have worked with him again. I hope he and I have a long future ahead working together. One thing we knew early on was that the desert would lend itself well to the romance of the film, but we also gave ourselves limitations. We decided what we would and wouldn’t try to do within the scope of the budget and maximize the potential of every location by looking at each scene emotionally and starting from a place that asks the question: how do we want the audience to FEEL at this moment? That helped. And also having a top-notch design team. It was a pleasure to work on this film. We had a blast.

Michaela Watkins has a small supporting role in Lazy Eye. How did she come on board and what was it like to have her be part of this film?

We offered her the role and she said yes. I remember the first conversation I had with her was about how universal the story is, how there are so many ways in which the story is not a gay story, but a human one. She only worked a day, but I appreciated so much that she took the time to do it. She didn’t have to. And I love that she understood the thankless function of that character, which was to help us know better who our hero is. That’s the function of any supporting character, ultimately, and she’s such a pro that her instincts were always to be generous and honest. What more could you ask for?

Lazy Eye is your first production from T42 Entertainment. Why did you decided to set up your own company and what is your aim with it moving forward?

My producing partner, Todd Shotz, and I had such a great time doing it, we decided to set up a company together that would allow us to do projects both separate and together. He’s a fantastic producer and a wonderful human being. We go way back to NYC twenty years ago and it was so fun to reconnect by doing this movie together.

You’ve already set about work on your next movie Kitty Hawk. What can you tell us about that?

Actually Kitty Hawk is dead — for now. My next film is Mr. Fix-It, about the days leading up to the LBJ/Goldwater election in 1964, when Johnson’s chief of staff, Walter Jenkins, was arrested for having sex with another man in a men’s room. It’s a “Cold War” story about loyalty in a time when homosexuality was synonymous with treason.

What would you say is the one thing you want viewers to take away from Lazy Eye?

I should probably say a receipt — because the industry is in dire straits, especially independent film. If people want content, they need to pay for it, but it also should be affordable. But I hope after seeing the film, people will see themselves in it — no matter what their background. I think reconnection is universal, and also the elusive quality of memory. It’s hard to trust many things in this world and memory is one of them. And at the same time, memories are the stories of our lives. And they can be true even when they are not exactly accurate.

Lazy Eye is available on DVD now via Breaking Glass Pictures. Watch the trailer for the movie below: