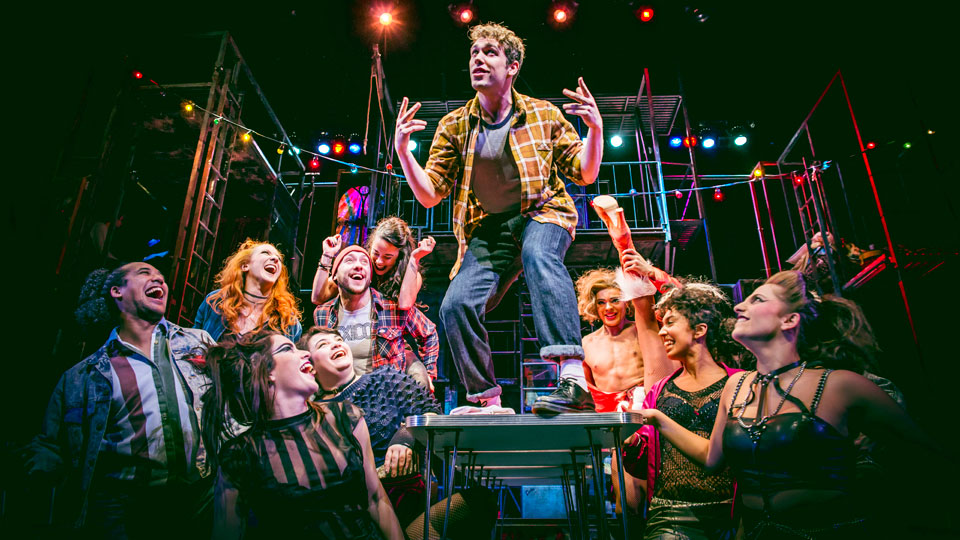 Robert Mackintosh and Idili Theatricals Limited, in association with Theatr Clwyd, are delighted to announce the addition of further dates to the tour schedule for the new 20th anniversary production of Jonathan Larson’s ground-breaking Pulitzer Prize- and Tony Award-winning musical RENT.

The tour opened at Theatr Clwyd for a limited season from 22nd October 2016, followed by a three-week tour, prior to a Christmas Season at St. James Theatre, London from 8th December 2016 to 28th January 2017. The tour will then continue after London, from 31st January to 27th May 2017.

Jonathan Larson’s musical, inspired by Puccini’s opera La Bohème, won four Tony Awards, six Drama Desk Awards and the Pulitzer Prize for Drama in 1996. Ben Brantley’s New York Times review was a love letter to the show. RENT ran on Broadway for 12 years, from 1996 to 2008. The show premiered in London’s West End in 1998 at the Shaftesbury Theatre, where it ran for 18 months.

The much-loved score features songs such as Seasons of Love, Take Me or Leave Me, What You Own, One Song Glory, La Vie Bohème, Without You, I’ll Cover You, Out Tonight and I Should Tell You.

Advertisement. Scroll to continue reading.
In this article:Jonathan Larson, Rent