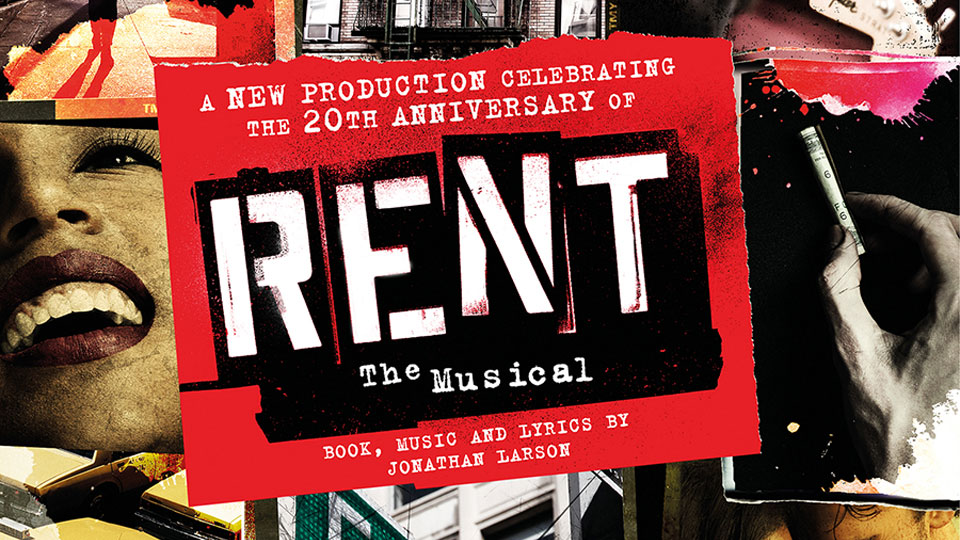 Robert Mackintosh and Idili Theatricals Limited, in association with Theatr Clwyd and Wales Millennium Centre, are presenting the 20th Anniversary production of Jonathan Larson’s ground-breaking Pulitzer Prize- and Tony Award-winning musical RENT. After opening at Theatr Clwyd for a limited season from 21st October to 12th November 2016, RENT will go on a three-week tour, prior to a Christmas Season at St. James Theatre, London from 8th December 2016 to 28th January 2017, with a national press night on Tuesday 13th December 2016. 2017 tour dates are to be announced. The new production will be directed by Bruce Guthrie.

Jonathan Larson’s musical, inspired by Puccini’s opera La Bohème, won four Tony Awards, six Drama Desk Awards and the Pulitzer Prize for Drama in 1996. Larson’s world is inhabited by a group of bohemian artists who struggle to maintain their friendships and their non-conformist ideals in New York’s East Village. Facing their problems head on, they make personal self-discoveries and find what really matters most in life. The poignancy of the story was heightened when Jonathan Larson died of an aortic dissection on 25th January 1996, the night before the show’s first off-Broadway performance at New York Theatre Workshop.

The much-loved score features songs such as Seasons of Love, Take Me or Leave Me, One Song Glory, La Vie Bohème, Without You, I’ll Cover You, Out Tonight, I Should Tell You and the title song.

For more information and to book, visit www.RentOnStage.co.uk.

In this article:Jonathan Larson, Rent