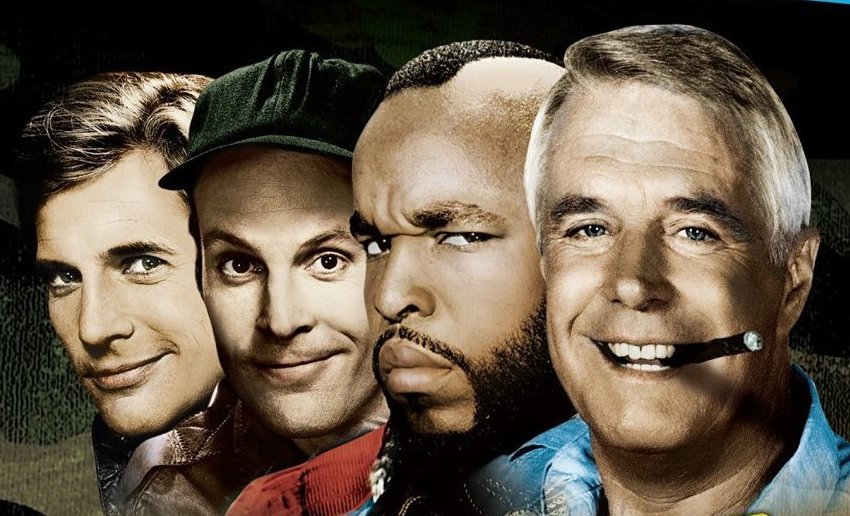 Join B.A, Hannibal, Murdock and Face in all 97 episodes from 5 seasons of the groundbreaking show, now fully restored and in Hi-Definition… in this action-packed The A-Team 22-disc Blu-ray set!

Composer Mike Post created the theme tune to The A Team along with among other TV classics Magnum P.I., Greatest American Hero (which reached #2 on the Billboard Hot 100), ChiPs, Quantum Leap and Hill St Blues.

The crime they didn’t commit…during the Vietnam War, the A-Team’s commanding officer, Colonel Morrison, gave them orders to rob the Bank of Hanoi to help bring the war to an end. They succeeded in their mission, but on their return to base four days after the end of the war, they discovered that Morrison had been killed by the Viet Cong, and that his headquarters had been burned to the ground.

This meant that the proof that the A-Team members were acting under orders had been destroyed. They were arrested, and imprisoned at Fort Bragg, from which they quickly escaped before standing trial.

For your chance to win The A-Team on Blu-ray, all you need to do is answer the following question below.

In this article:Competition, The A-Team, Win The A-Team - The Complete Collection on Blu-ray