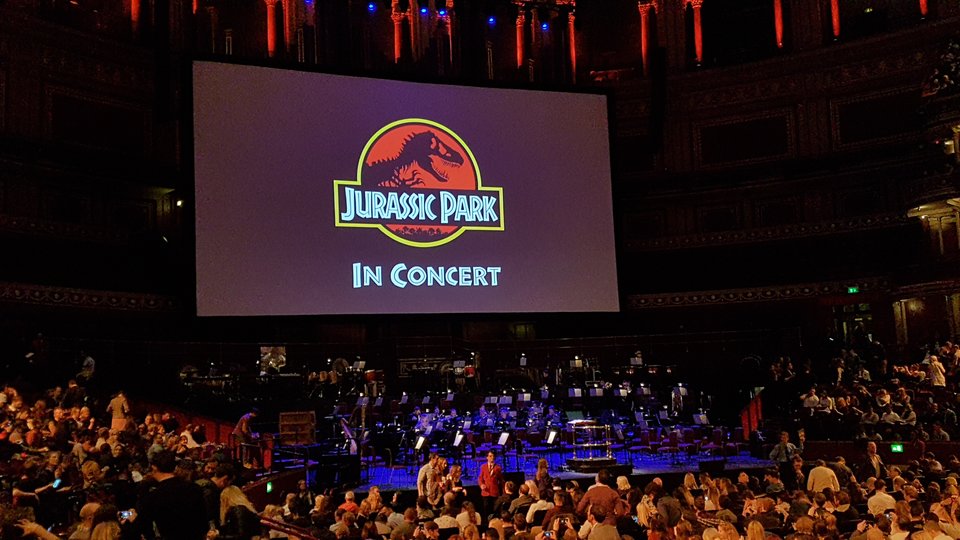 John Williams’ classic score to the film roared through the iconic Hall as the iconic venue hosted the world premiere of Steven Spielberg’s 1993 epic as a film-and-live-orchestra extravaganza.

The special shows (on 4th and 5th November) will see the blockbuster screened in full – and in stunning high-definition on a giant screen – as the unforgettable music is played live on stage by the Royal Philharmonic Concert Orchestra.

“We were delighted to welcome some of Britain’s best-loved actors, musicians and sports stars to the Hall for this magical movie experience. Since 2009, our pioneering film-and-live-orchestra events have allowed audiences to experience their favourite films in an all new way, bringing classic scores by the likes of John Williams, Michael Giacchino and Elmer Bernstein to centre stage.”

Jurassic Park is one of three Spielberg films – all with Williams scores – that gets the film-and-orchestra treatment at the Hall in 2016 – Raiders of the Lost Ark was back in March and E. T. will enchant in December.

Jurassic Park is part of the Royal Albert Hall’s inaugural film festival, with the line-up also including Aliens Live in Concert.

Check out a gallery from the premiere of Jurassic Park at the Royal Albert Hall below: