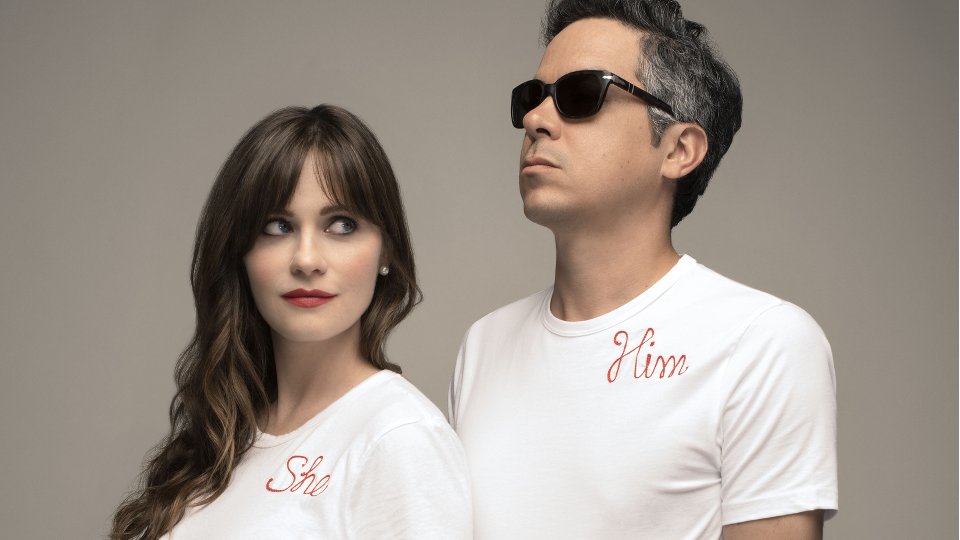 She & Him – aka New Girl actress Zooey Deschanel and singer-songwriter M. Ward – will release new album Christmas Party on 28th October 2016 it has been announced.

Released via Columbia Records, the album will be the duo’s sixth and it’s the follow-up to their popular release A Very She And Him Christmas. The album features guest appearances from Jenny Lewis, The Chapin Sisters and Sonic Youth’s Steve Shelley.

The album also features a few more obscure tracks such as folk-singer Vashti Bunyon’s Coldest Night of the Year and the lesser known Sinatra track Christmas Memories. The duo also tackles Mariah Carey’s All I Want for Christmas Is You and The Chipmunks Christmas Don’t Be Late.

The track listing for Christmas Party is:

1. All I Want for Christmas Is You
2. Let It Snow
3. Must Be Santa
4. Happy Holiday
5. Mele Kalikimaka
6. Christmas Memories
7. Run Run Rudolph
8. Winter Wonderland
9. The Coldest Night of the Year
10. A Marshmallow World
11. The Man with the Bag
12. Christmas Don’t Be Late

Take a look at the cover for Christmas Party below:

In this article:She & Him, Zooey Deschanel