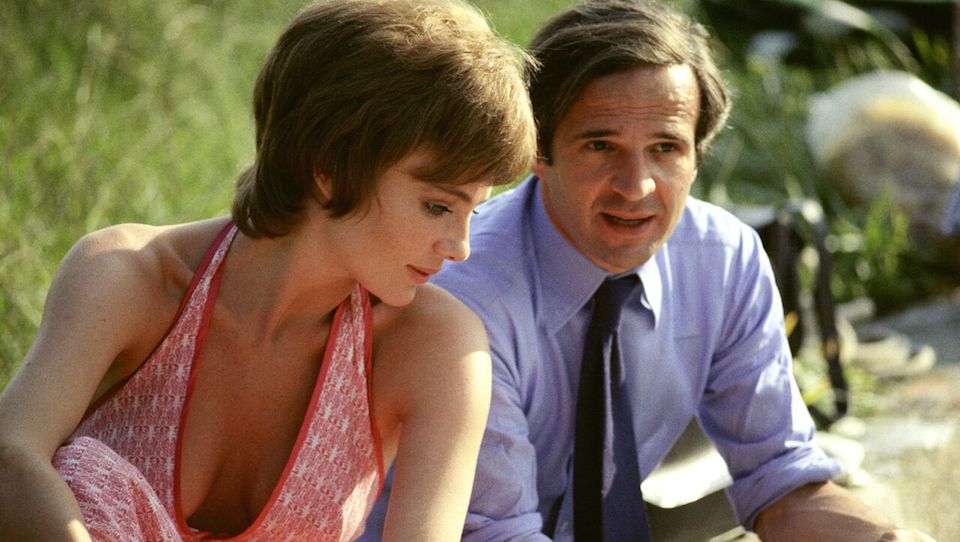 Back in the mid 90s glory days of The Simpsons, there was an episode (season seven, episode two to be precise) called Radioactive Man, where a comic book movie was filmed in Springfield. In one scene a production designer is painting a horse to look like a cow. He is asked why, and responds thusly: cows don’t look like cows on film. It is a surreal and hilarious aside about the artificial nature of filmmaking.

François Truffaut’s Day For Night, named after the cinematic technique of shooting scenes in daylight with underexposed film stock and a filter on the lens to make it artificially appear as night, takes a less surreal but equally as entertaining look at the strange, make-believe nature of the movies. The film is a loving tribute to the cinematic art form, which Truffaut so championed as a critic and theorist. It is the power for it to create magic and fantasy that so appeals to us, and Truffaut feels that too, and you can see it in every frame.

The film within the film is called “Meet Pamela”, a dramatic tragedy about a devastating affair. Day For Night however, is a breezy and light-hearted romp behind the scenes, as Truffaut’s camera drifts in and out of the various dramas, comedies, and tragedies taking place on set. He effortlessly captures the chaotic joy of making movies.

There’s the aging actress, who drinks too much and can’t remember her lines. The handsome young lead who is engaged to the script girl, and is insanely jealous of the handsome stuntman. There’s the British lead actress – played by the frighteningly beautiful Jacqueline Bisset – being hounded by the press who have caught whiff of a scandal. Then there’s the director, played in a convincingly low key by Truffaut himself. In one lovely scene, he opens a parcel of books he has ordered, and they are all books on the directors he loves and admires: Bunuel, Dreyer, Lubitsch, Godard, Bergman, Hitchcock, Rossellini, Hawks, and Bresson. The film is as much a love letter to them, as it is to the movies themselves.

Day for Night stands alongside Fellini’s 8 ½ and Godard’s Le Mépris in being the finest movies about the movies that have ever been made. Truffaut achieves this however without the fantastical surrealism of Fellini or the bitterness of Godard. He has also produced a more accessible film than either of those, that can be genuinely enjoyed on first viewing, rather than simply being admired from a safe critical distance.

Criterion as always provide a wonderful selection of extras, delving into the archives, and also producing brand new features exclusively for this disc. Highlights include a visual essay from filmmaker : : kogonada, and a 2003 documentary on the film.

In this article:Day For Night, Francois Truffaut, The Criterion Collection