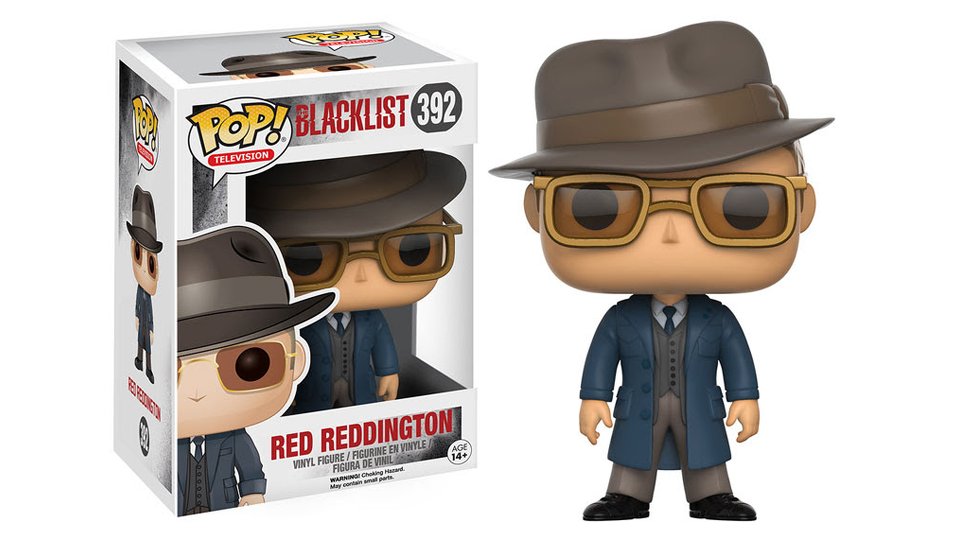 The Blacklist is the next TV show to get some of its characterised immortalised as part of Funko’s Pop! vinyl figure series.

It was announced today that the characters Raymond Reddington (James Spader) and Elizabeth Keen (Megan Boone) would be released this December as Pop! vinyl figures. They join the range’s expansive collection of TV favourites.

The Blacklist is currently in its fourth season, which begins on 4th November here in the UK, and it follows the exploits of FBI Agent Elizabeth Keen who is approached by one of the most wanted criminals in America, Raymond ‘Red’ Reddington. Red wants to help the FBI catch criminals on their most wanted list but only if his own freedom is guaranteed and he deals directly with Liz.

The third season of the show saw Liz fake her own death and try to start a new life with her child and estranged husband Tom Keen (Ryan Eggold). The season finale saw Red find out that Liz was alive but he arrived at her hideout after she had been kidnapped by a man claiming to be her father.

Take a look at Reddington and Liz below:

In this article:Funko, The Blacklist