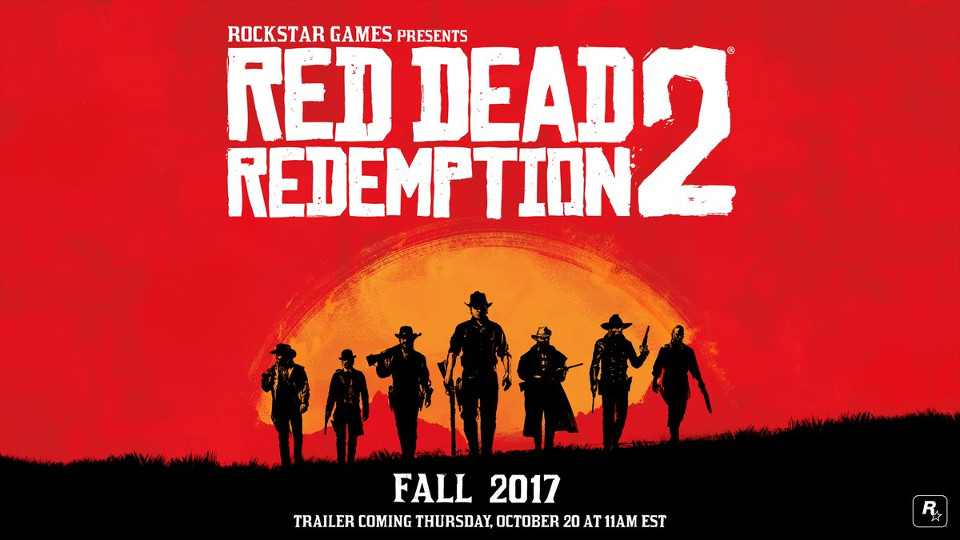 After teasing us with cryptic images the past couple of days Rockstar Games have officially announced Red Dead Redemption 2. The sequel to one of the most loved games of the previous console generation will release worldwide in Autumn 2017 for PS4 and Xbox One.

Developed by the creators of Grand Theft Auto V and Red Dead Redemption, Red Dead Redemption 2 is an epic tale of life in America’s unforgiving heartland. The game’s vast and atmospheric world will also provide the foundation for a brand new online multiplayer experience.

[blockquote]With Red Dead Redemption 2, the team is working hard to push forward our vision for interactive entertainment in a truly living world. We hope to deliver players an epic experience that builds upon everything we’ve learned making games.[/blockquote]

You can watch the Red Dead Redemption 2 trailer at 16:00 BST (11:00 EST) on Thursday October 20th at the official Rockstar website.

In this article:PS4, Red Dead Redemption, Rockstar Games, Xbox One