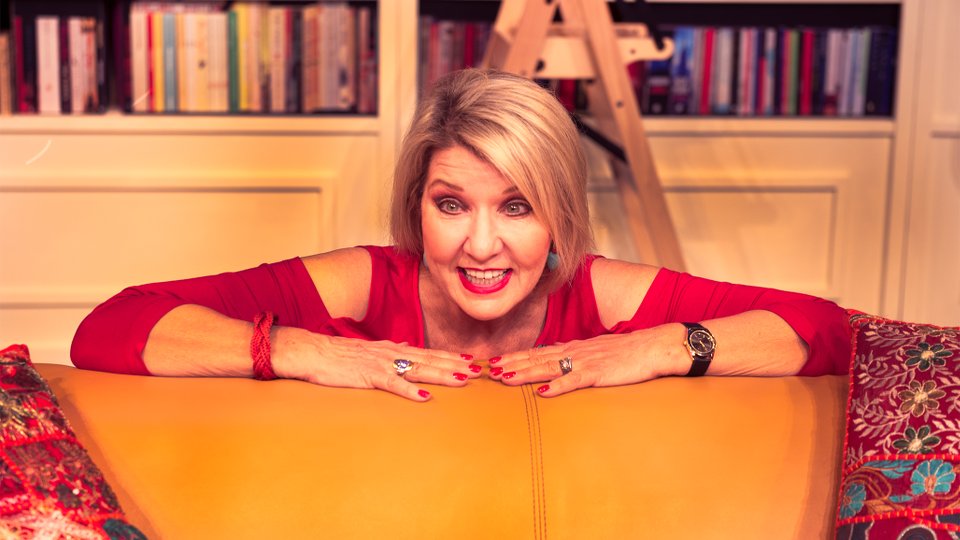 In Australia, The Book Club has received rave reviews. And now, it’s time for our turn, as Amanda Muggleton brings her one-woman play to London’s King’s Head Theatre, where the show will run for just over a month. Amanda Muggleton was born and raised in London, before emigrating to Australia at the age of 23. She has had a long and successful career as an actress ever since graduating from the Guildhall School of Music and Drama.

The Book Club is a play that is set in a suburban, middle-class setting. Focusing mainly on Debs, a woman with a million fantasies, who is an avid reader and rather fed-up of being at home with her sports-loving husband, she decided to join the local book club. Little did she know what she would be getting herself in to. Joining her there, are several other women with very individual and different lives to hers. A one-woman show can be a tough task, and Amanda plays each woman with warmth, humour and the most excellent accents. The play focuses on their monthly meetings and what is going on in their lives (it seems talking about the book of the month is a mere afterthought, after alcohol, relationships, wine and whatever else have been discussed!)

As a person from Anglesey, hearing Llanfairpwllgwyngyllgogerychwyrndrobwllllantysiliogogogoch being pronounced word perfect by someone who is not a native Welsh speaker deserves a round of applause in itself (and she did get one from the entire audience). Her characters are all from different backgrounds and from different countries and they are all brought to life with much accuracy and the audience certainly identified with them, as they shouted out what they agreed with and encouraged interaction. They guffawed loudly to her impressions of her characters – both male and female, and Amanda clearly love the interaction, almost thriving from it! It comes as little surprise to find out that Amanda is also a qualified speech and drama teacher.

Throwing sparkling energy all around the room, Amanda provides non-stop humour, entertainment and hits the nail on the head so many times. Her warmth and realness makes her instantly loveable. We love watching actresses who give their absolute all to their shows and Amanda does so, she is such a great storyteller. Her brilliant body language, voice projection and her ability to make every character stand out is really special. Her facial expressions are spectacular. We definitely recommend that you go and see this show whilst she is here in London. It would be a great shame to miss out on such a great play, delivered by an outstanding actress.

In this article:Amanda Muggleton, King's Head Theatre, The Book Club