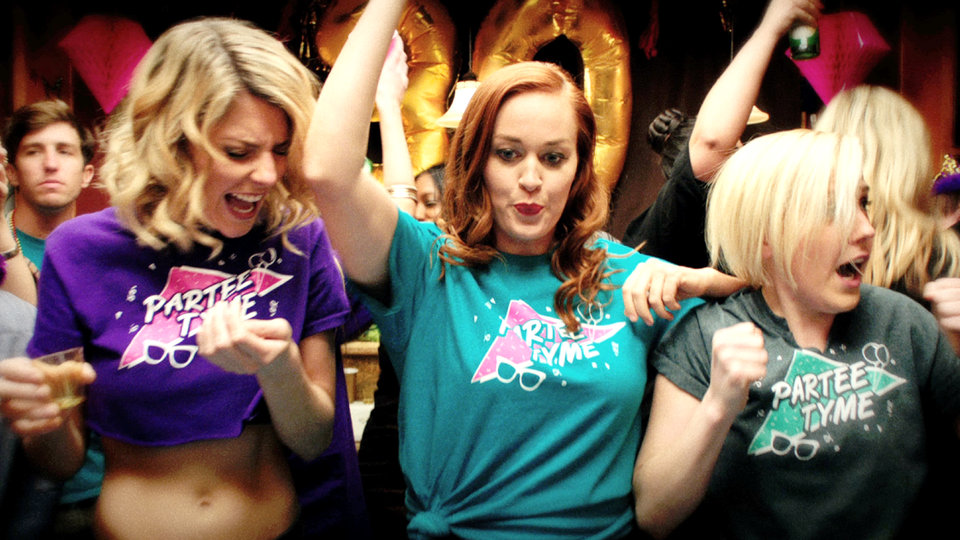 Dirty 30, starring YouTube stars Mamrie Hart, Grace Helbig and Hannah Hart is out now on DVD and to celebrate, we are giving away 3 copies of the film on DVD.

Lifelong friends Kate (Mamrie Hart), Evie (Grace Helbig) and Charlie (Hannah Hart) are in a rut. Kate spends her days at a middling job and her nights alone or on failed dates.

Evie is married with the in-laws from hell, wandering from one charitable cause to the next. Charlie has the girl of her dreams but just can’t seem to pull her business (or her act) together.

On the eve of Kate’s 30th birthday, she agrees to let Evie and Charlie throw her a party. But what’s supposed to be a simple celebration becomes a wild who’s who of past and present, and things quickly spiral out of control.

Dirty 30 reunites YouTube stars Helbig, Hart and Hart, as well as the production team behind the 2014 break out hit, Camp Takota.