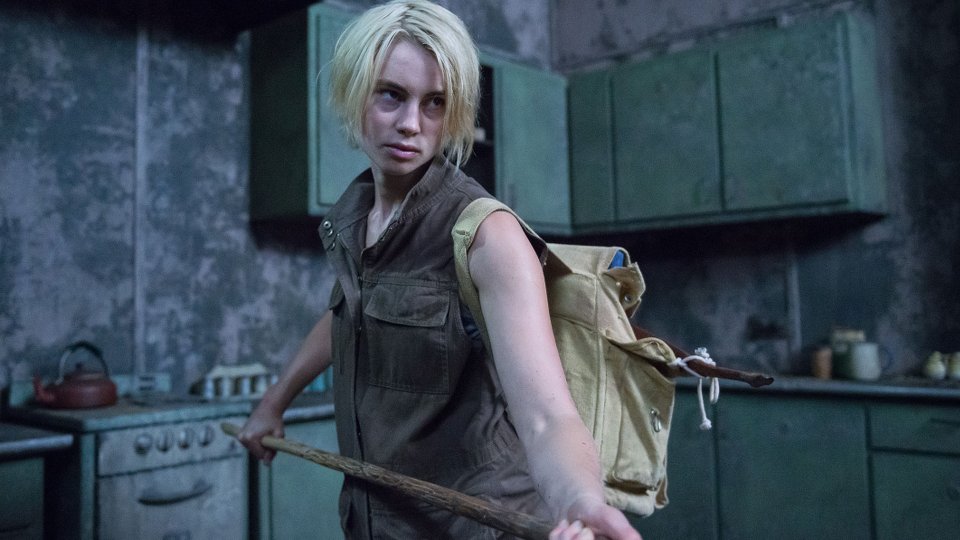 Eve (Lucy Fry) took a job as a waitress in the town of Rome, while she plotted her next move to get revenge on Mick (John Jarratt) on the latest episode of Wolf Creek.

After having a close call with Mick, Eve was able to get his number plate and called Hill (Dustin Clare). The plates turned out to be from a stolen car so they didn’t help Hill or Eve locate Mick.

Eve went to talk to one of Mick’s escaped victims and Mick attacked and kidnapped Hill. Mick left Hill’s bloodied clothes on the bed in the trailer Eve was staying in.

Arming herself with guns, Eve prepared for a face off in a graveyard with Mick but she instead fought back against the bikers who were trying to get revenge for Kane’s (Richard Cawthorne) death. Johnny (Jake Ryan), the convict Eve helped a few episodes ago saved the day but he soon fell victim to Mick who beheaded him and stole Eve’s guns while she was sleeping.

The season finale is Wolf Creek. Eve finds the location of Taylor and tries to rescue Hill.

Tune in to FOX HD at 10pm Tuesday to see the episode. Preview it with our gallery below: