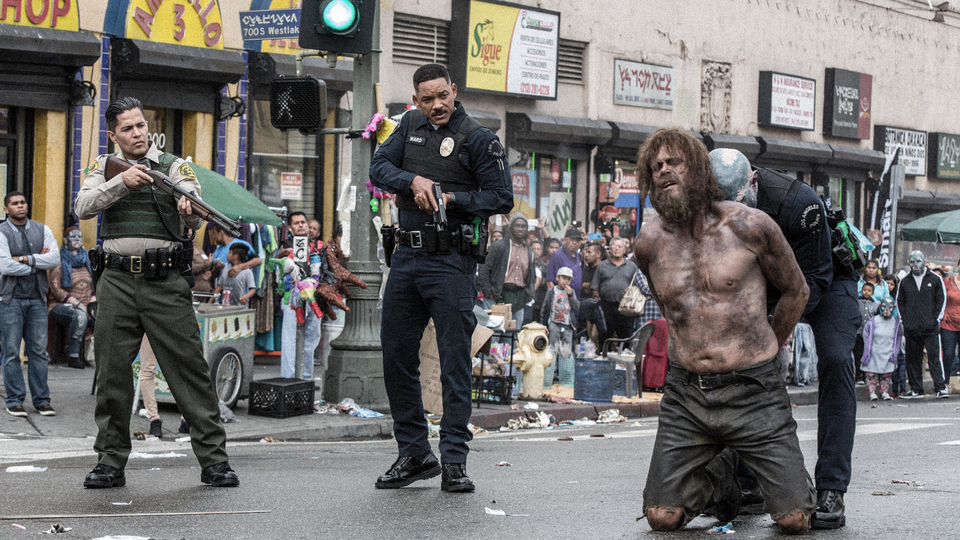 Bright has been doing very well for Netflix since it was released on the platform in December. Now fans can take a behind the scenes look at the world of Bright in a brand new featurette.

A sequel has also been announced for Bright. Suicide Squad director David Ayer and the film stars Will Smith and Joel Edgerton are expected to return.

Bright is the highest viewed Netflix film ever on the service in its first week of release and one of the biggest originals (including sequels/additional seasons) Netflix has ever launched.

Bright was the #1 movie on Netflix in every country (190+ countries) since it was release with more people viewing the film internationally than domestically.

The latest poster was a real throw-back to the classic 80s action movies of the past, with Will Smith and Joel Edgerton front and centre for an unlikely buddy cop movie with a great sci-fi edge.

In Bright, the unlikely duo are working around the clock to keep the mean streets of Los Angeles safe from a sinister underworld filled with gang violence and dark forces of evil at work.

Set in an alternate present-day, this action-thriller directed by Ayer (Suicide Squad, End of Watch, writer of Training Day) follows two cops from very different backgrounds. Ward, a human (Will Smith), and Jakoby, an orc (Joel Edgerton – The Great Gatsby, Warrior), embark on a routine night patrol that will alter the future of their world as they know it.

Battling both their own personal differences as well as an onslaught of enemies, they must work together to protect a deadly, thought-to-be-forgotten relic, which in the wrong hands could destroy everything.

The film has been exclusively available on Netflix since 22nd December, 2017.

Check out the latest featurette below;