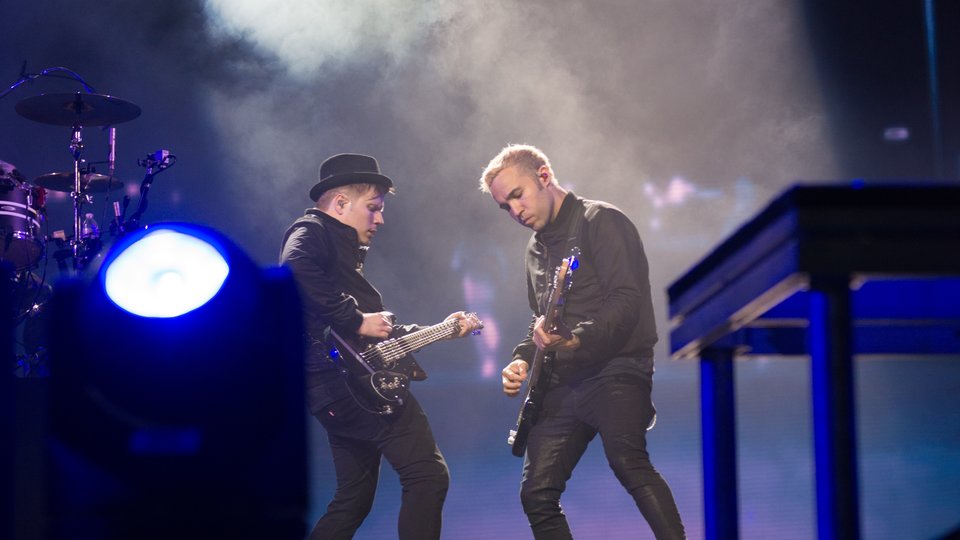 Jampacked with hits, Fall Out Boy – Patrick Stump, Pete Wentz, Joe Trohman, and Andy Hurley – deliver a storming 17-song set of favourites from across their career, including Sugar, We’re Goin Down, Dance, Dance, This Ain’t A Scene, It’s An Arms Race, Thnks Fr Th Mmrs, and My Songs Know What You Did In The Dark (Light Em Up), along with Centuries, Uma Thurman and Irresistible – the newest hits from their latest platinum-certified #1 album American Beauty/American Psych. Wiz Khalifa, who joined the band on The Boys Of Zummer Tour, performs with the band on Uma Thurman.

Throughout the set, Fall Out Boy are backed by video walls that deliver dynamic visual content, further enhancing the live experience. Presenting an audiovisual feast for the ravenous Chicago crowd, the band prove they’ve earned their place as one of today’s most sought after rock acts.

As a bonus, the DVD and Blu-ray are completed with three music videos: Centuries, Irresistible and Uma Thurman.

For your chance to win one of three copies of Fall Out Boy: The Boys of Zummer Tour: Live In Chicago on DVD, all you need to do is answer the following question below.

Own Fall Out Boy: The Boys of Zummer Tour: Live In Chicago on DVD now by answer the question below:

In this article:Competitions, Fall Out Boys