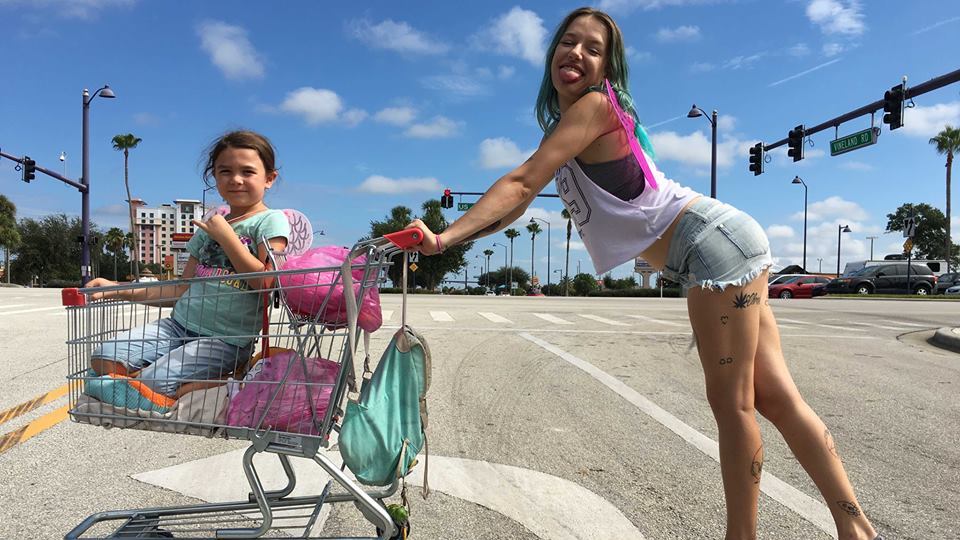 The Florida Project will be released on Blu-ray™ and DVD on the 12th March and is out now on Digital Download. To celebrate, we are giving away the film on Blu-ray!

Read our review of The Florida Project

The Florida Project is an extraordinary, powerful and moving coming of age drama starring Golden Globe® and BAFTA® nominated Willem Dafoe (The Grand Budapest Hotel, Murder on the Orient Express) who has been recognized as Best Supporting Actor.

This vibrant film also showcases newcomers Bria Vinaite, Brooklynn Prince and Valeria Cotto, who all deliver exceptional performances that will stay with you for a long time.

The Florida Proect tells the story of Moonee (Prince), a precocious six-year-old and her ragtag group of friends.  The children’s summer break is filled with wonder, mischief and adventure while the adults around them struggle with hard times.

The story takes place just outside of Orlando, the vacation capital of the world and home to “The Most Magical Place on Earth.”  Along the main highway that runs through the land of theme parks and resorts, budget motels that once attracted tourists by exploiting the Disney mystique, now house homeless families.

Moonee and her twenty-two year old mother, Halley (Vinaite), live at one such establishment — The Magic Castle Motel.  The closest thing Moonee has to a father is Bobby (Dafoe), the motel’s manager, a guarded and diligent man who is taunted by the children’s antics.

Halley has lost her job and a new girl the same age as Moonee has moved in at the motel next door – it’s going to be an eventful summer.

Warm, winning, and gloriously alive, Sean Baker’s The Florida Project is a deeply moving and unforgettably poignant look at childhood, shot against the colourful backdrops of Florida.

In this article:Competitions, The Florida Project