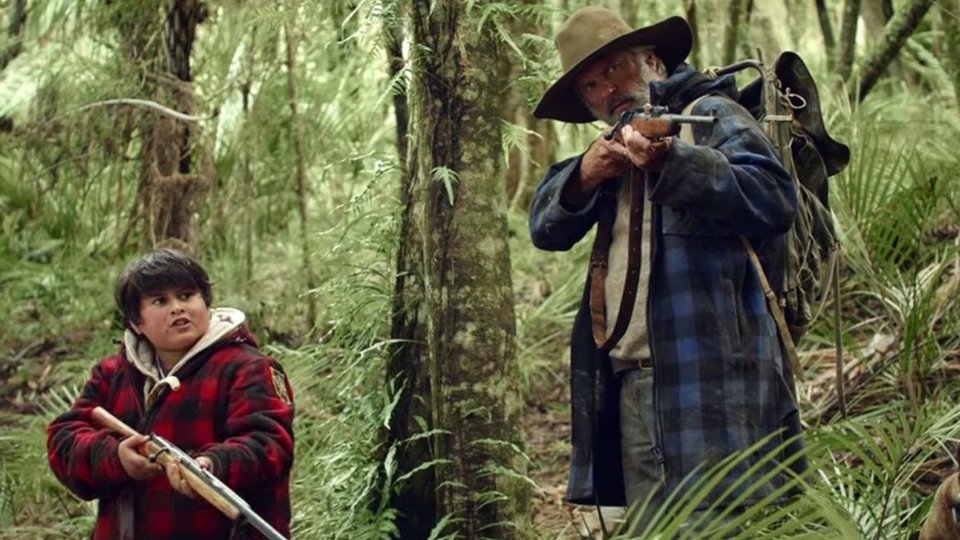 Barry Crump’s book is lovingly translated to the big screen by screenwriter and director Taika Waititi, who delivers a crowd-pleasing gem that constantly conjures up belly-laughs. Full of crazy comedy, hilarious situations and some striking chemistry from its two leads, this is an indie-hit with a huge heart.

A wayward 13 year-old named Ricky (a remarkable Julian Dennison) is sent to a new foster family, led by the kind-natured Bella (Rima Te Wiata) and her grumpy husband Hec (Sam Neill). A series of events leads to Ricky and his foster uncle going on an impromptu trip into the New Zealand Bush. Bonding over a misunderstanding, Hec and Ricky are soon on the run as a manhunt looms.

The premise is simple but utterly effective as Waititi (who you’ll know from his past work on Flight of the Conchords and What We Do in the Shadows) shows a deft hand at handling emotional scenes with guile and a wry smile. His future work on the next Thor movie, much like his crowd-pleasing viral short film ‘Team Thor’ that released to rapturous fan-love earlier in the summer, sets Taika Waititi up as one of the most promising new writing and directorial talents out there today. He knows how to pace comedy and spectacle very well, making Hunt for the Wilderpeople sparkle with genuine comedy and invention.

Screen legend Sam Neill is wonderful as the grumpy, cantankerous Hec. This clash of personalities with Julian Dennison’s teenage Ricky creates a wealth of fantastic circumstantial comedy. Forcing these two odd balls together was easy but the ease that Neill and Dennison bring to their roles is wonderful. You can’t create chemistry like this – they just have it, and it’s this dynamic that makes the film such a big success.

It’s rare to get such a crowd-pleasing indie hit come our way, especially in cinemas, but Hunt for the Wilderpeople is a wonderful tale of family and friendship that fully deserves your time and attention. If you are looking for a surprising gem of a movie, this certainly fits the bill. It’s worth it for the Rhys Darby and Taika Waititi cameos alone!