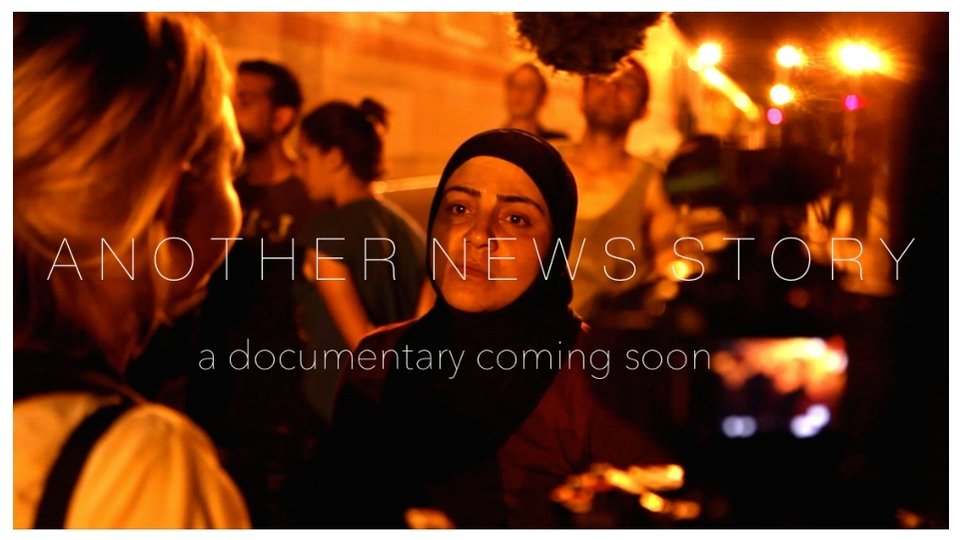 An important new documentary has just released a crowd funding campaign to raise completion funds to finish their film. Another News Story goes behind the scenes and exposes the problematic world of news reporting during what is the largest movement of people since World War II and the most significant news story
of the decade.

The film is produced by Wislocki Films and Gallivant Film and is directed by Orban Wallace.

Set amid the global news-storm of September 2015, when the worldwide press descended on the refugees to cover their migration across Europe, Another News Story looks beyond the headlines to tell the stories of both the news teams and refugees who have undertaken this journey.

The film is shot over two months, and over 3,000 miles, from the beaches of Lesvos, Greece to northern Europe. They focus on individuals from each side, the juxtaposition creating an unflinching, uncomfortable and
sometimes humorous portrayal of those making the journey and those tasked with reporting it.

In a world that demands 24-hour news and attention-grabbing headlines to compete with the immediacy and instant reach of social media, Another News Story couldn’t be more relevant, as it presents an alternative view of events as they unfold.

The reality of how news teams operate is rarely witnessed. As the refugees desperately race to get to Germany before the borders close, they capture
these moments as they become news.

The film is a mixture of observational footage and interviews. To get to the emotional core of the characters, create intimacy and show the bigger picture, the film is a multimedia exploration, using powerful and exclusive footage shot by their team, phone videos shot personally by the refugees themselves and archive news footage.

The news footage will be used to inform the narrative
structure and to ground the film in the reality of how events unfolded. It will also give the audience an insight into what was actually going on once the news cameras stopped rolling.

This film gives an insight into those out to get the ‘story’ first, and how narratives around the refugee crisis are created and influence public opinion and political consensus. It shines a light on the journey of those who risk everything to make it to asylum, and the news crews who work day and night to turn their stories into news.
It will serve as an eye-opening account of how news is created, and a reminder that for many this was much more than Another News Story.

To help crowd-fund Another News Story, check out their website

Another News Story (Teaser) from Gallivant Film on Vimeo.