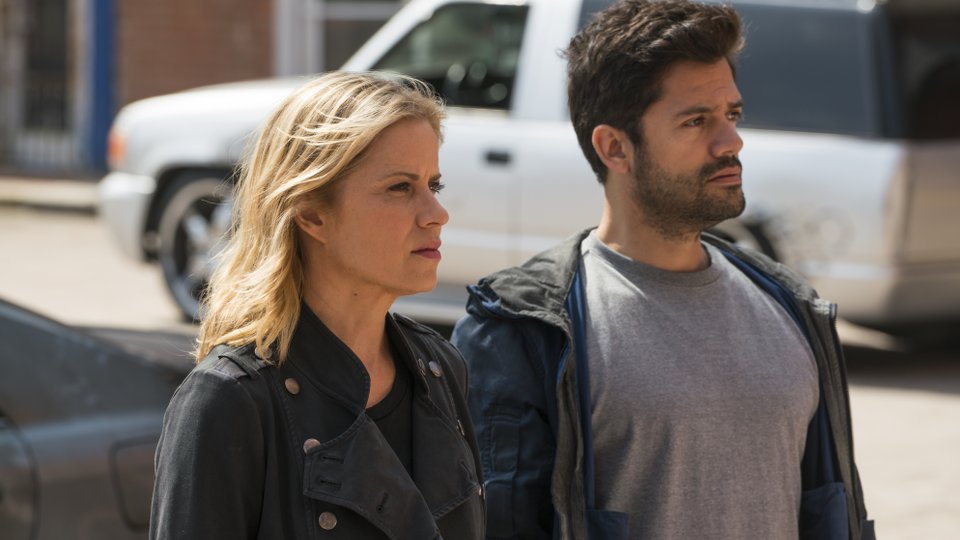 Madison (Kim Dickens) and Strand’s (Colman Domingo) escape from the walkers was revealed on the latest episode of Fear the Walking Dead.

We were a little surprised to discover they were fine in the previous episode, but this week’s episode showed the full scenario play out. After stabbing a walker, they both smeared blood all over themselves so they could slip out of the bar unscathed.

After reuniting with Alicia (Alycia Debnam-Carey), Madison and Strand had to play negotiator with the wedding party survivors. Madison led the walkers off a pier before diving into the water and speeding away in a boat with the group. Where is Ofelia (Mercedes Mason) though?

Elsewhere in the episode Nick (Frank Dillane) managed to get closer to Luciana (Danay Garcia) and the two kissed. Nick also ingratiated himself in Colonia by mixing Oxycontin with powdered milk to try and fool the drug dealers.

The next episode of the season is Pillar of Salt. The synopsis for this week’s episode is short and sweet simply stating ‘Madison lays down the law’.

Tune in to AMC in the US on Sunday at 9/8c and AMC UK in the UK on Monday at 9pm to see the episode. Preview it with our gallery below: