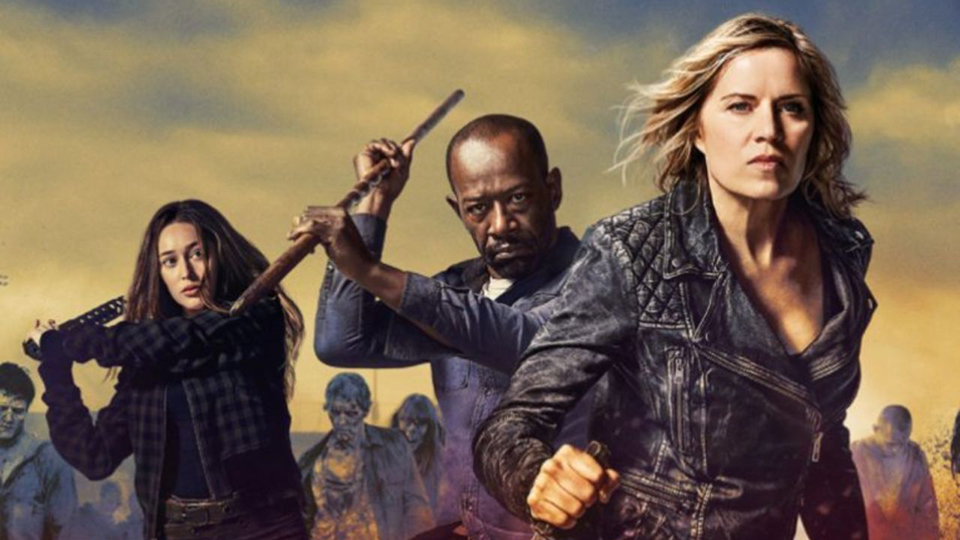 Fear the Walking Dead: The Complete Fourth Season will be released on Blu-ray and DVD by Entertainment One on 3rd December 2018.

The latest season sees the return of fan favourites including Kim Dickens (Gone Girl, The Blind Side) as Madison Clark; Frank Dillane (In The Heart Of The Sea, Harry Potter and the Half-Blood Prince) as Nick Clark; Alycia Debnam-Carey (Into The Storm, The Devil’s Hand) as Alicia Clark; Colman Domingo (Selma, Lincoln) as Victor Strand and Danay Garcia (Prison Break, Sniper: Ultimate Kill) as Luciana Galvez.

New cast members for the fourth season include Lennie James (Snatch, Colombiana) who crosses over from The Walking Dead with his character Morgan Jones. Also joining the cast is Garret Dillahunt (12 Years A Slave, Looper) as John Dorey; a man who has been living on his own for a long time; Maggie Grace (Lost, Taken) as Althea; someone uniquely qualified to survive and Jenna Elfman (Dharma and Greg, Kicking and Screaming) as Naomi, a woman who has a good reason for keeping people at a distance.

In Fear the Walking Dead: The Complete Fourth Season, the world of Madison Clark and her family collides as they encounter Morgan Jones. Together they find themselves struggling with uncertainty and discovery as they meet new friends, foes and threats. They fight for each other, against each other and against a legion of the dead to somehow build an existence against the crushing pressure of lives coming apart.

The special features on the Blu-ray and DVD release are:

Pre-order Fear the Walking Dead on Blu-ray and DVD now.