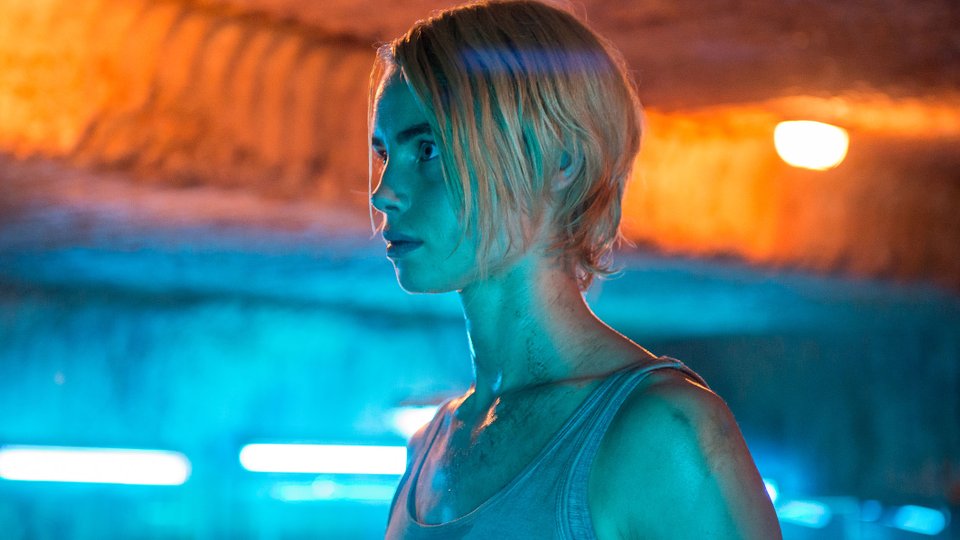 The episode came to an end with Eve heading to Opalville but being stopped in her tracks when Mick shot her wheels out causing her to crash. Will we see a face off between the two or will Eve manage to worm her way out of this situation?

Prior to that Eve had a pretty rough time of it this week. First she was attacked by Kevin (Matt Levett), who she shot in the leg and left in the road, then she had a confrontation with Kane (Richard Cawthorne) who she shot and killed. Kevin wound up dead courtesy of Mick and the biker gang discovered that Eve had killed Kane, making them even thirstier or revenge.

Elsewhere in the episode Sullivan (Dustin Clare) found his wife in bed with another man and drove away from his home after assaulting the man and tying him up.

The next episode of the season is Opalville. Eve arrives at the mining town of Opalville and follows up the case of a missing girl from the town, Holly Welles. Sergeant Hill tracks Eve to Opalville.