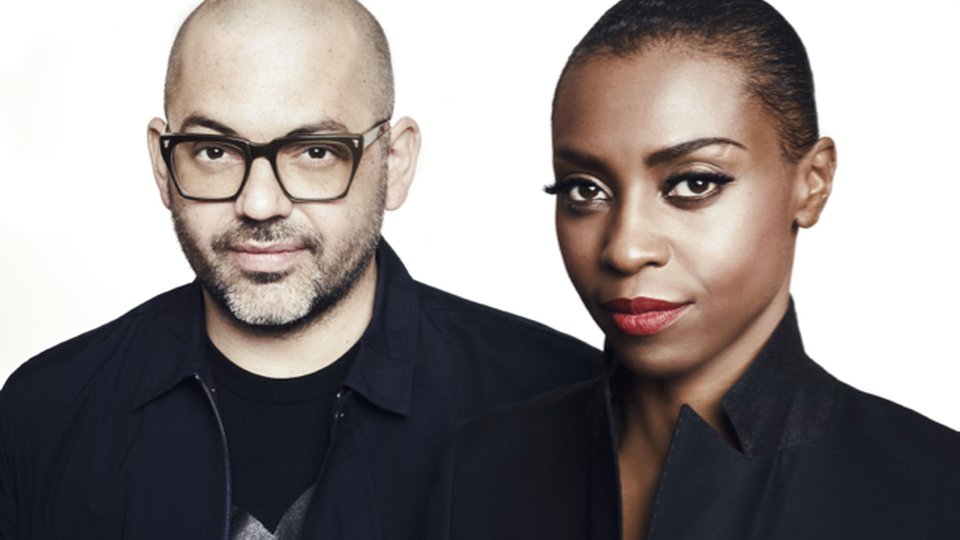 Skye Edwards and Ross Godfrey, of Morcheeba fame have launched a new album, under the name of SKYE | ROSS – with the album title of the same name. Most of the album was made in their own homes, and under no time constraint or pressure – the result is an album that wraps itself around you and feels like its giving you a big hug. It doesn’t feel rushed and it’s a somewhat comforting listen.

On releasing the album under the name of SKYE | ROSS – Ross explains further why this was necessary, “what Skye and I do naturally when we make music together, and yet not necessarily a continuation of what we’d been doing with Morcheeba. It therefore felt only right to give it a new identity.”

Repay The Saviour opens the album and the song is slow, mellow and dreamy. The song sets the mood of the album, almost like switching off a big bright light and switching over to candlelight. It put us straight in to chill mode.

Light Of Gold was released as the first single from the album. For the filming of the video to Light of Gold, they reached out to the social media platforms to find a cute couple to feature. The video was shot in the scenic Croatia, in the city of Sibenik, to be precise and it captured the mood of the love story that the song intended.

How To Fly features a nice guitar solo and we love the drums that gently poke their way in. Feet First is a stand-out song on the album. The song flows like a river through a mountain. Starting gently, it trickles and builds in strength as it goes along. And Skye’s smooth vocals on the track are stunning.

Head Home continues in a floaty-vein, the song just seems to glide along like a soft feather floating in the air. You’ll need to listen to these songs to understand these comparisons. At only two minutes long, the song suddenly stops unexpectedly – we feel it could have done with being a bit longer, if only for us to be able to indulge in the vibe of the song for longer!

At only ten songs long, the album is somewhat a short album. However, the last song The Point Of No Return is a bit of an epic song, lasting for six and a half minutes. This is another soothing song, the gentle vocals glide over the song and the whole vibe of it is atmospheric. We love it.

This album is atmospheric, gentle, relaxing, a bit melancholy and it has soothed our soul. Listening to this album is a perfect way to de-stress after a hectic day of urban, chaotic London city life. The album sticks to a consistent theme and mood. It oozes dreamy songs and silky, soothing vocals. We love the whole vibe that SKYE | ROSS have achieved with this album.

Advertisement. Scroll to continue reading.
In this article:Morcheeba, Skye | Ross