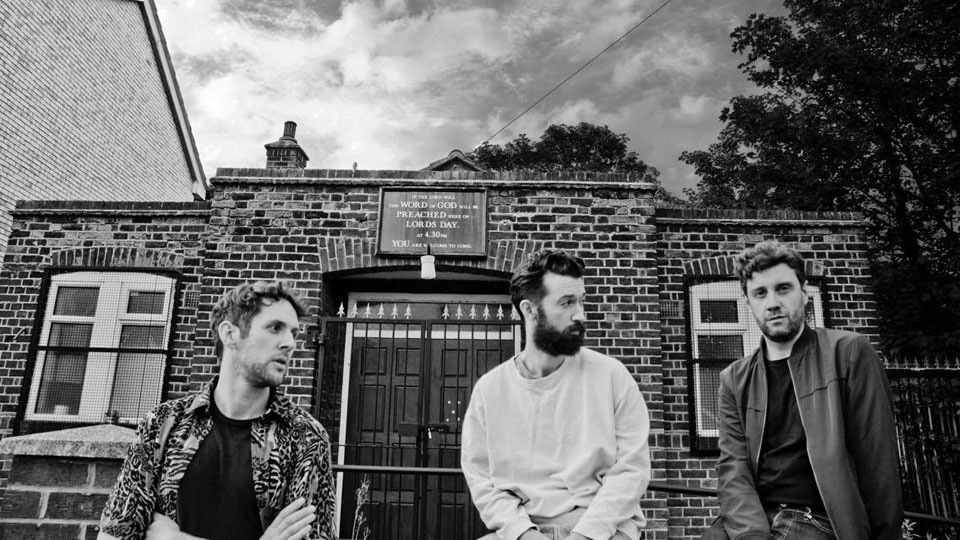 For many bands, the second album can be tricky as it follows a debut that was crammed with all the musicians’ best ideas to date. Where to go next?

Autoheart’s I Can Build a Fire builds on the elements that captured hearts and minds with their strong debut, Punch, but presents a bold and confident collection of songs by a band who have truly hit their stride.

The band has created a readily identifiable sound that still allows for a rich variety of songs by successfully mixing ideas of upbeat pop with synth, rich vocals, occasional hankerings for nostalgia and poetic lyrics. The opening track, Oxford Blood, is typical of the band’s output. Behind a delicately-constructed soundscape are steadily building vocals. Oxford Blood introduces Anne Haight as a backing singer, and this is a marriage made in heaven. Her ethereal tones are the perfect complement to lead singer Jody Gadsden’s sumptuous vibrato. It’s to be a collaboration that gathers momentum throughout the album, culminating in Haight’s assumption of lead vocals on the magisterial Joseph. We’ll speak more of Joseph anon…

There are plenty of other tracks worth your attention before we reach Joseph (which, as you can probably tell, proved our favourite). Of the eleven songs comprising I Can Build a Fire, there is no filler to make up the numbers, but one good musical idea after another.

Love is the Cure is an enjoyably upbeat entry, with a cheeky Barry White-esque “Oh, baby, baby,” leading into what would otherwise be quite a bleak narrative set in a hospital. The repeated chorus, “Love is the cure”, makes for one of the catchiest motifs that is an anthem in the making. Without steering into the same territory, it recalls the earlier hit Moscow, that hit a nerve with its depiction of equal love in the capital of Putin’s oppressive Russia. This is a neat inversion of the idea that love needs a cure, wrapped in an attention-grabbing song that’ll rattle in your head for days.

If you like a good dance number, Possibility is the track you should check out. It doesn’t feel like an album straying into a new genre, since there are elements of dance dotted about, but it’s in Possibility they come to be expressed so extrovertly. Rip, following immediately, takes a path towards ballad, and an upbeat feeling is restored with Sylvia, where a percussive beat comes to greater dominance.

Whilst not quite the title track, We Can Build A Fire (why the change of pronoun?) is another showcase of what Autoheart does well: sustaining a fast pace with some breathtaking verbal dexterity. Not the sort of song you can easily sing along to, but the relentless speed gives it the kind of quality that makes you feel good to be alive. Despite being equally at home plumbing melancholic depths, exhilaration is another emotion where the band finds a rich vein to tap.

Whilst Intro doesn’t feel like one, we loved the quality of 80s nostalgia in its sound, even down to the saxophone. Murky Waters flirts with that epoch too, whilst Before You Came takes on some bold vocal distortion that works with minimal disruption.

Having explored both sides of the emotional spectrum with great success, it’s towards the sadder side that the album’s finale leads the listener. My Hallelujah suckers you in with its fast pace, but the vocals convey more regret than certainty. It’s on the final track, Joseph, that Autoheart goes for the jugular of melancholic euphoria, helped in no small measure by Anne Haight’s vocals, which, meeting Gadsden’s, provide an extra layer of haunting beauty. With strings in the accompaniment, Autoheart pull out all the stops, and round the album out with a corker. Intoxicating.

I Can Start a Fire is an accomplished collection of songs from a band that bring emotional honesty to their song-writing. There are sounds here that evoke joy; others sorrow. It’s rare to experience such a range on an album, and the effect is thrilling. It’s an album we’ve revisited many times already. Now we want more.