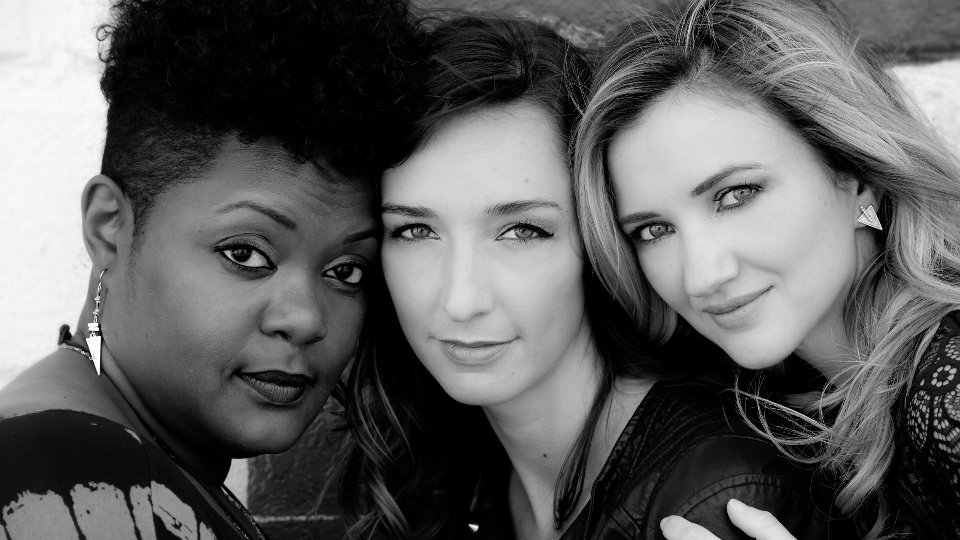 Musicians performing ‘songs in the round’ is not something you witness much in the UK, though it is an age old practice in Music City, Nashville TN. After a successful test run of the concept at the C2C Festival in March (where all Bluebird Café shows sold-out) it was a spark of genius from three talented Nashville women to bring this style of performance to the UK for a 12-date tour. Sarah Darling, Jenn Bostic and Kyshona Armstrong are three firm friends who saw this sparkling opportunity to bring their local tradition to our shores.

Though relatively fresh to UK audiences Sarah Darling is a well-known name in Nashville. The singer-songwriter has years of experience as a songwriter and a performer behind her (including support slots for Carrie Underwood, Kacey Musgraves, Vince Gill and Tim Mcgraw). After first performing for a British audience at C2C and witnessing the enthusiasm for country music, she was keen to return and play again. Sarah opened the first set with her delicate and smooth vocals, performing her new jazz-tinged single You Take Me All The Way (released September 23rd) to a packed out Green Note crowd. There is an intimacy to Sarah’s music, you feel as if she is sharing her deepest secrets and dreams with absorbing power.

Next to perform was Jenn Bostic, who has garnered a loyal following in the UK since her touching tribute to her father Jealous Of The Angels captured hearts and became a breakout hit in 2012. Two successful albums and Radio 2 playlists followed, with new gospel style single What Love Feels Like currently sitting on the B-List. Jenn’s signature powerhouse vocals and playful, emotive songwriting make her a stand-out, memorable performer, all of which was on show in its full glory in the stripped back and intimate environment. The power of her music was evident as ever as fans sang-along, laughed and wept. Jenn, who has a new album on the way, is a bountiful musical force.

Newcomer to British audiences, Kyshona Armstrong was third to sing and boy are we lucky she blessed the UK with a visit. Kyshona was a music therapist who moved to Nashville three years ago after following a gut feeling that the city was where she needed to be to make music. Her soulful-country-pop is infectious (as is her humour) and her musicianship is top class. It is also refreshing to hear a different voice in the all-too-often white washed and male dominant country music industry – particularly the ‘Nashville’ the UK is exposed to – and Kyshona has some amazing, humbling, joyful and difficult stories to tell from a different viewpoint. In fact, the highlight of the show may be discovering this new gem, whose back catalogue has been on repeat since. Kyshona’s new album The Ride is available now.

And so the night continued with each singer-songwriter performing in turn and each offering support on backing vocals and guitar or keys. Despite all three having different tones, styles and cross-over genres the night was seamless. The Green Note was blessed with fine musicianship, excellent songwriting, intimate performances, enviable friendships, girl-power and sing-alongs.

These three talented women had given us a glimpse into their personal lives and minds. It was an emotive experience and it felt as if we had all got something off our chests together. The Green Note had a community feel to it – we truly had been transported to Nashville. Go while you still can (the tour closes in Northern Ireland on September 15th). We look forward to when Sarah, Jenn and Kyshona return.