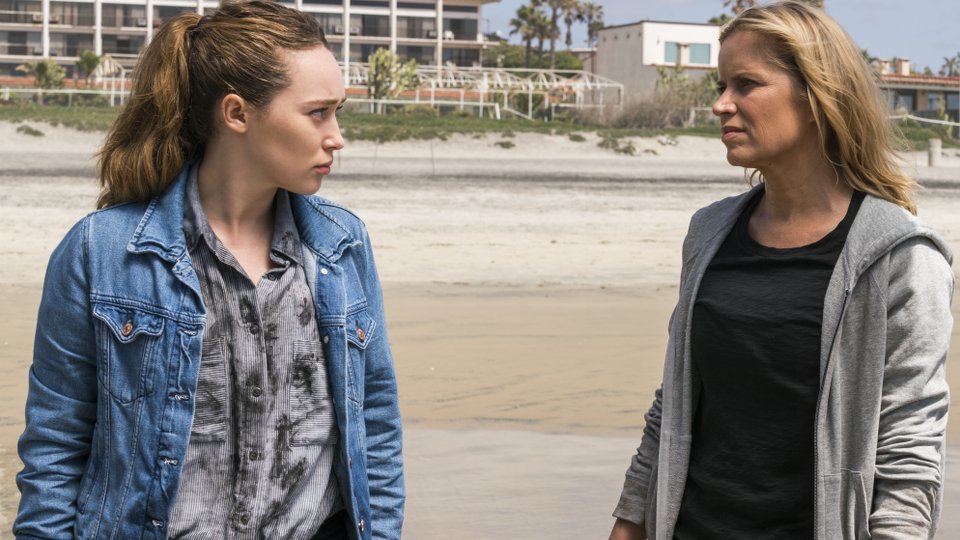 The history of the Rosarito Beach Hotel was revealed on the latest episode of Fear the Walking Dead.

In the early stages of the infection breaking out, a wedding was taking place in the hotel when the father of the bride collapsed and turned into a walker. When he attacked his daughter, staff members Elena (Karen Bethzabe) and Hector (Ramses Jimenez) locked the guests in the room and ran for safety.

In the present day Alicia (Alycia Debnam-Carey) was trying to get to Madison (Kim Dickens) and Strand (Colman Domingo), while also trying to find Ofelia (Mercedes Mason). She ran into Elena, who was still in the hotel and looking for Hector. Elena told Alicia the truth about what she had done and the two women battled their way down to the hotel lobby where they discovered that some of the wedding guests were still alive.

After a tense face-off, Alicia and Elena used the walkers to distract the angry wedding guests and make their getaway. They found Madison and Strand who had survived the attack in the bar.

Elsewhere Travis (Cliff Curtis) tried to reconnect with Chris (Lorenzo James Henrie) but was alarmed when his son strong-armed him into banding together with a trio of potentially dangerous men.

The next episode of the season is Pablo & Jessica. Alicia and Madison work to unite two competing factions. Nick draws upon skills from his past to take on a new role at the Colonia.

Tune in to AMC on Sunday at 9/8c in the US and AMC UK on Monday at 9pm in the UK to see the episode. Preview it with our gallery below: