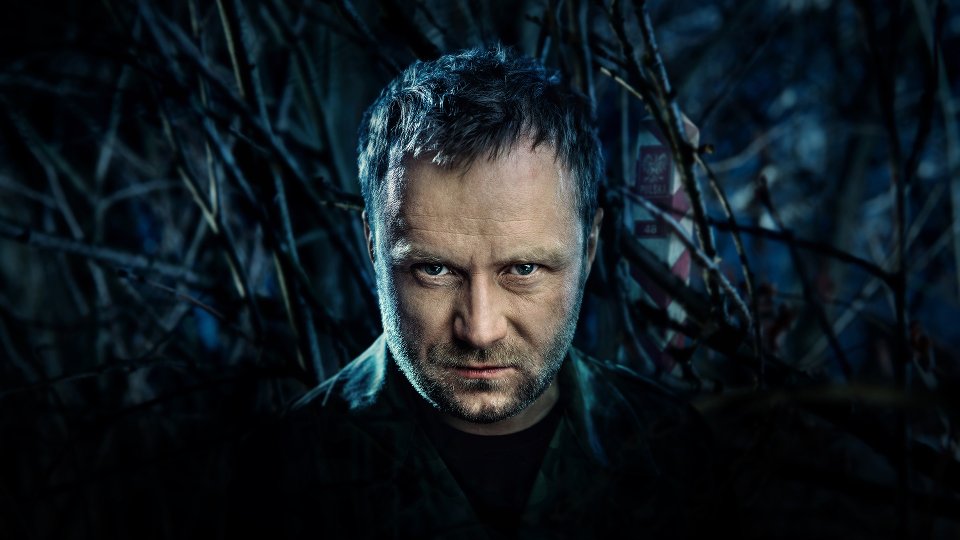 Captain Rebrow (Leszek Lichota) and his team are responsible for monitoring human trafficking in the Bieszcady Mountains at the extreme Polish-Ukranian border. After successfully preventing an attempt to cross the border by a group of refugees, Rebrow and his team retire to their quarters to celebrate. During the evening Rebrow leaves the quarters briefly and as he does so a bomb goes off killing everyone inside and leaving him unconscious. When he wakes up in hospital, Rebrow tries to piece together what happened and he’s thrown into a race against time when he becomes the prime suspect.

The Border aired here in the UK on Channel 4 and quietly built up a loyal audience attracting critical acclaim along the way. Originally airing in Poland last year, the series couldn’t be more timely in a world where we are in a post-Brexit vote time and the subject of refugees and migrants is very much being actively debated. Despite Rebrow and his team being responsible for stopping human trafficking across their borders, that actually is backdrop and not really the main focus of the show.

Following the explosion, Rebrow is determined to work as part of the new team assembled to take over from his own. Under the suspicion of prosecutor Iga Dobosz (Aleksandra Poplawska), Rebrow launches his own covert operation to find out what really happened and to unmask the real culprit. The Border manages to create an effective mystery full of suspense that really draws you in from the first episode. The characters are adequately rounded, especially Rebrow, and there’s a feeling that you can’t trust anything or anyone – at times not even what you see on the screen.

Part of the series’ charm is the stunning location. The cinematography is beautiful and it frames a rather gritty subject in a picturesque way. The Bieszcady Mountains provide a fantastic backdrop for the action and it lends itself to some imaginative use of scenery and settings for some of the series’ big set pieces. Early on there’s a bear chase that is as breath-taking as it is edge-of-the-seat.

What elevates The Border is the strong central performance of Leszek Lichota. He throws himself into the role with gusto and while he may be a man of few words, he makes an impact from the outset and you can’t help but root for him. He tries to keep his cool as he battles his demons and attempts to get to the bottom of the tragedy he’s been framed for.

If you’re a fan of gritty foreign drama then you should consider adding The Border to your watchlist. It’s full of twists and turns and packs in plenty of surprises that I doubt you’ll see coming. Over its six episodes The Border establishes itself as a gripping serial and with the recent news that a second season is on the way, I suggest you check it out so you don’t get left behind.

Advertisement. Scroll to continue reading.
In this article:Nordic Noir & Beyond, The Border