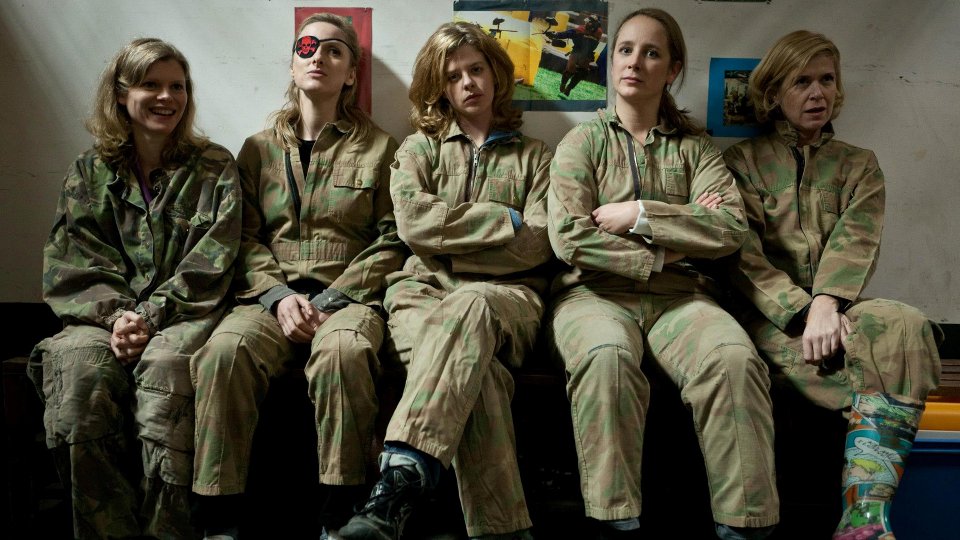 Belgian smash-hit The Out-Laws is being released on DVD by Nordic Noir & Beyond on Monday 19th September 2016.

Currently airing on More4 at 9pm on Friday nights, The Out-Laws is a celebrated dark comedy that has been picking up widespread critical acclaim.

After their parent’s death the five Goethal sisters, Eva, Birgit, Veerle, Bekka and Goedele, have been inseparable – at least until Goedele married the obnoxious Jean Claude.

Goedele’s husband rejoices in tormenting the people around him including his sisters-in-law. Having been driven to their breaking point Eva, Birgit, Veerle and Bekka develop elaborate plans to kill their spiteful brother-in-law, who seems to have as many lives as a cat.

While trying to kill Jean Claude, the sisters uncover many skeletons that their brother-in-law has hidden in his closet. Apparently, the four sisters aren’t the only ones who want the loathsome Jean Claude dead!

The Out-Laws has won awards for Popular Series and Best Drama at the Belgian BAFTAs and is being remade in the US.

Watch the trailer and see the boxart for the release below:

In this article:Nordic Noir & Beyond, The Out-Laws