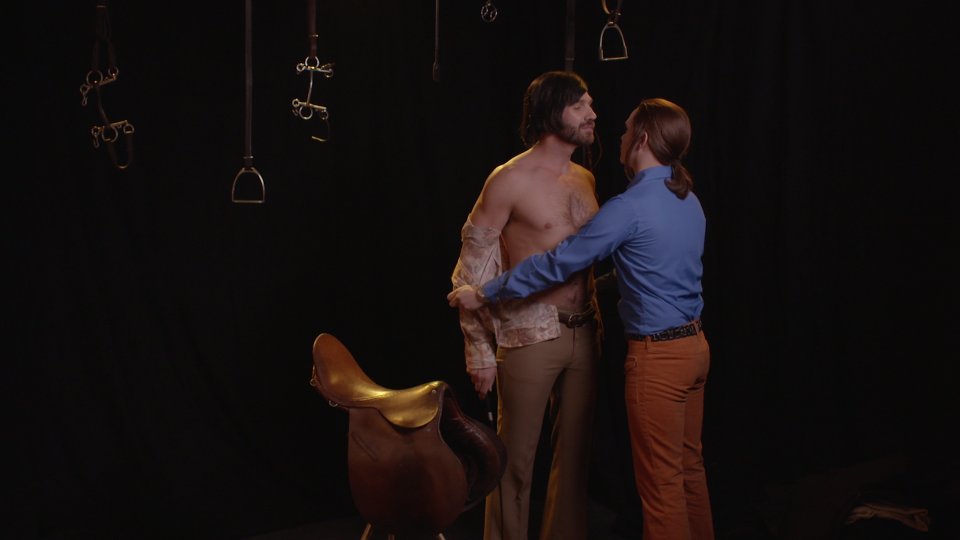 Peccadillo Pictures has recently released the 15th instalment of its popular Boys on Film series. Entitled Time and Tied, the collection brings together a series of wildly different shorts that all tie in to the loose theme that the title suggests. Previous releases in the series have been hit and miss but there’s always some gems worth checking out among the selections.

Time and Tied opens with Closets, directed by Lloyd Eyre-Morgan and it’s easily one of the best shorts featured on this release. The story focuses on two teenage boys from different eras who are able to connect with each other through their closet. One boy is from 1986 and the other from 2016 but both are struggling to come to terms with their sexuality and come out to their mothers. There’s a nice twist at the end and a standout performance from Tommy Knight, best-known for his role in Doctor Who spin-off The Sarah Jane Adventures.

G’O’Clock explores the chemsex scene telling the story of a paramedic who attends a sex party and meets a younger man he met previously under very different circumstances. The short features Leon Lopez (Brookside) and takes a very dark turn towards the end showcasing both sides of the risky trend that has become very popular in the gay community.

One of the standouts on the release is Nightstand, which explores the relationship between a barman in a gay nightclub and a closeted married man whom he embarks on an affair with. The two men are from very different worlds and are at very different stages in their lives. The married man can’t cope with the reality of his life and the things he is doing and internalises that frustration until it shows itself through violence and anger. It’s one of the hardest shorts to watch but it’s one of the most powerful.

For the most part Boys on Film 15: Time and Tied is an enjoyable and varied collection of shorts. With a run time of over two hours, there are a couple of shorts that don’t quite hit the mark but that’s to be expected. What the collection continues to do is highlight UK talent and give a platform to new film-makers, which is invaluable for those involved. For that alone the series should be commended.