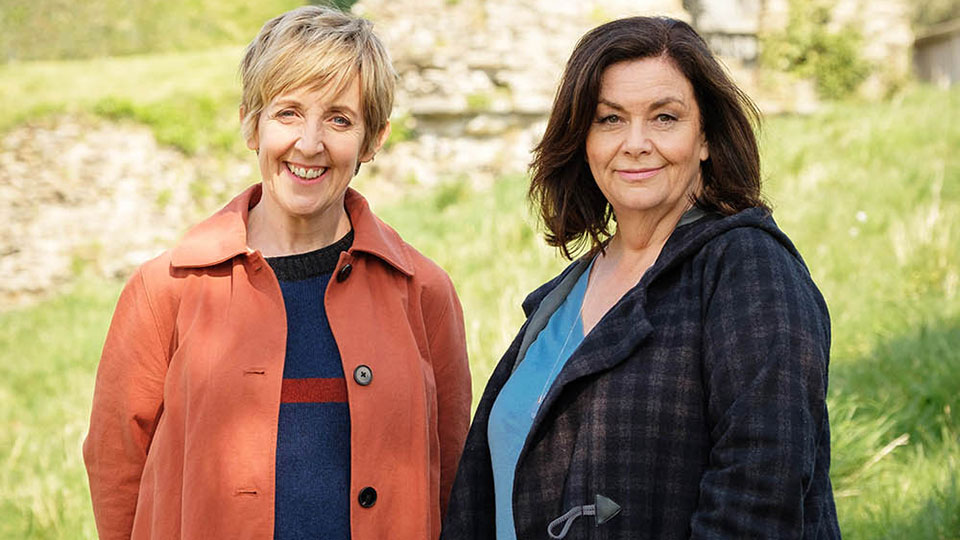 The first image has been released for ITV‘s upcoming series Glass Houses.

Two of the show’s stars, Dawn French and Julie Hesmondhalgh, can be seen in the first-look image. Glass Houses will also star Mark Heap, Vicki Pepperdine and Patrick Robinson.

More casting will be announced nearer transmission and as soon as we hear anything, we’ll let you know!

Glass Houses is a six-part series that has just started filming in South Devon. It is set in a picturesque small coastal town with a close-knit community.

The series follows the stories and fall out for village busybody Maggie Connors (played by Dawn French) who doesn’t pay attention to the cautionary adage that ‘those in glass houses shouldn’t throw stones’.