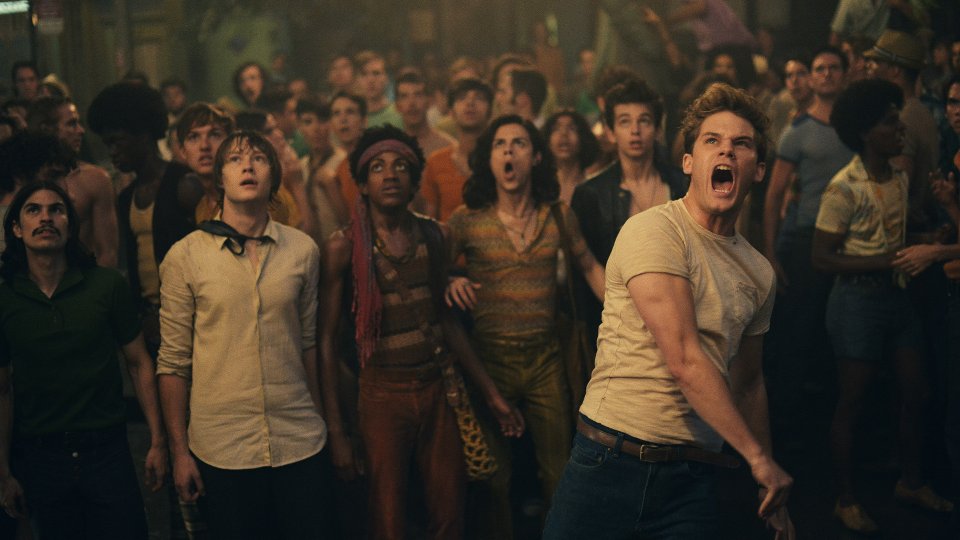 Danny Winters (Jeremy Irvine) moves to New York City from the Mid West following an incident with a schoolmate that causes problems with his family. Struggling to come to terms with his sexuality, Danny falls in with Ramona (Jonny Beauchamp) and her friends and quickly becomes part of the Greenwich Village scene. During a night in the Stonewall Inn, Danny learns about the harsh realities of being gay in the late 60s but a chance meeting with Trevor (Jonathan Rhys Meyers) promises to change his life until he’s forced into the hands of Stonewall Inn manager Ed Murphy (Ron Perlman) who exploits young gay homeless people.

Stonewall was pretty much a critical and commercial failure on its theatrical release. Many took exception to the film’s perceived white-washing of the Stonewall Riots and complained that it didn’t accurately reflect the ethnic diversity that actually played a part in the historical event. The poor reception led to the film flopping despite director/producer Roland Emmerich and star Jeremy Irvine going on the offensive to try and counter the negative press.

What becomes clear while watching Stonewall is that the film was a victim of deceptive marketing more than anything else. It’s actually an engaging, emotional and entertaining film but the emphasis on the Stonewall Riots is a little misleading. Stonewall is actually the story of a teenage boy coming to terms with his sexuality against the backdrop of the Stonewall Riots; it’s not a recreation of the event as the marketing and indeed the film’s title would lead you to believe.

Taken for what it is Stonewall is actually a solid movie. Danny’s story is one that I definitely got on board with and I invested in the character. Despite a few dodgy accent wobbles, Irvine is a strong lead and he plays Danny with a believable sense of wide-eyed optimism and naivety. The shining star of the movie is the wonderful Jonny Beauchamp who lights up the screen as Ramona. Beauchamp previously stole the show on the second season of Penny Dreadful and in Stonewall his performance is nothing short of a tour-de-force. It feels a real shame that it was overlooked in the midst of the film’s negative reception.

Key players in the Stonewall Riots are present throughout Stonewall but it is fair to say they are under-used. Marsha P. Johnson (Otoja Abit), who is believed to have been among those to throw the first brick that started the riots gets little to do and her actions are instead attributed to Danny, which is what upset a lot of people when the film first came out.

Extras on the disc include interviews with the cast and crew as they discuss the making of the film and the impact of the Stonewall Riots.

I’m sure there are plenty of people reading this review who won’t agree with me and will feel the need to point out that I’m supporting the film’s alleged white-washing. There’s no denying that Stonewall doesn’t accurately reflect what actually happened during the riots but if you watch the film you’ll see that it’s more a coming-of-age drama than an attempt to capture an iconic moment in LGBT history.