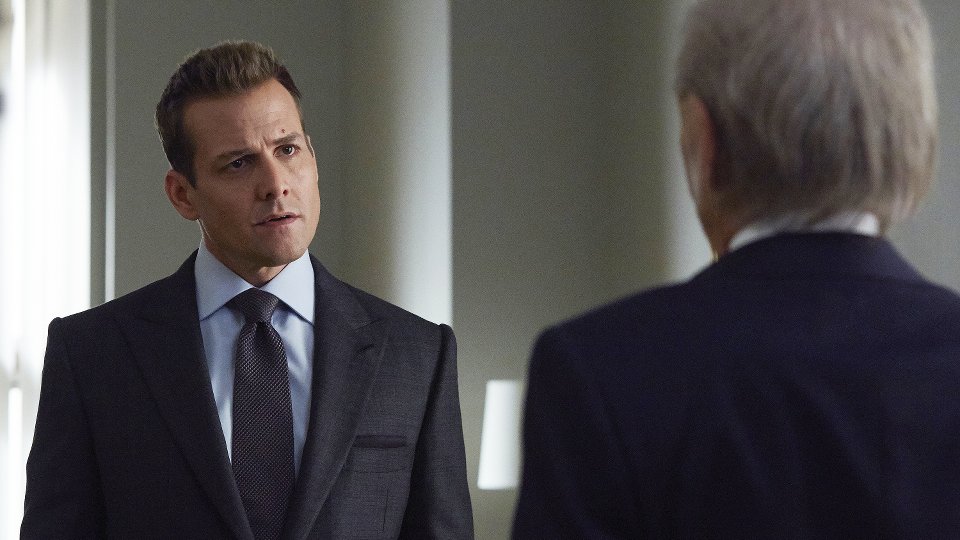 Freedom was within Mike’s (Patrick J. Adams) grasp on the latest episode of Suits.

Harvey (Gabriel Macht) put pressure on Mike to get information from Kevin (Erik Palladino) but Mike wasn’t prepared to pass on what he knew. Instead he tried to get Kevin’s wife to turn on her father, Sutter (Alan Rosenberg), but she refused and then argued with Kevin.

Louis (Rick Hoffman) helped Harvey go through Sutter’s algorithm and he uncovered the person who had been helping Sutter make insider trades. Harvey took the news to Cahill (Neal McDonough) who had already cut a deal with the same guy but he assured Harvey that Mike’s deal was still valid.

That quickly changed when Cahill’s superiors backed out of Mike’s deal now they had the witness they needed to put Sutter behind bars.

Elsewhere in the episode Rachel (Meghan Markle) and Jessica (Gina Torres) found out that the missing witness in their case was dead, Louis discovered that Tara (Carly Pope) had an open relationship with her boyfriend, and Gallo (Paul Schulze) found out about Mike’s deal to get out of prison and promised to tell Kevin.

The next episode of the season is Borrowed Time. Harvey counters Cahill’s star witness, while Jessica and Rachel aim to hold up Leonard’s execution.