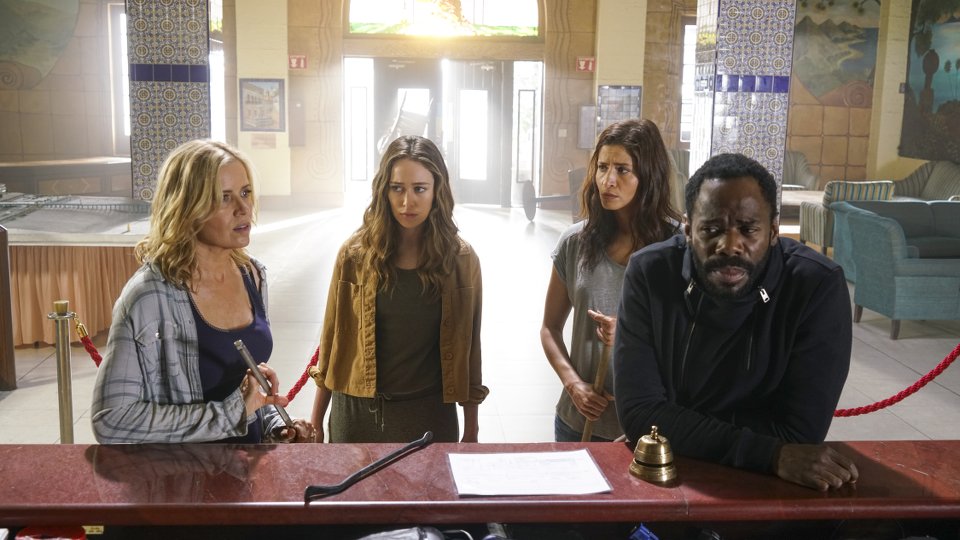 Fear the Walking Dead returned this week and the story picked up with Nick (Frank Dillane) who separated from the rest of the group at the end of the first half of season 2.

Much of the episode saw Nick trying to get by as he travelled to find safety and disguised himself as a walker so he could walk with the dead without being harmed. He came up against a gun wielding group who were taking out walkers but the group he walked with over ran and killed them.

After a close call with a dog, Nick was left with a limp but managed to connect with another group of survivors who gave him medical treatment to prevent his leg from becoming infected.

The episode also saw flashbacks to Nick’s time in rehab with his former girlfriend Gloria (Lexi Johnson) and we saw the moment that Madison (Kim Dickens) visited to tell him the news of his father’s death following a road accident.

The next episode of the season is Los Muertos. After the fall of the compound, Madison, Strand and others forge a tenuous path forward. Meanwhile, Nick is recruited for a perilous assignment.

Tune in to AMC on Sunday at 9/8c in the US and AMC UK on Monday at 9pm in the UK. Preview the episode with our gallery below: