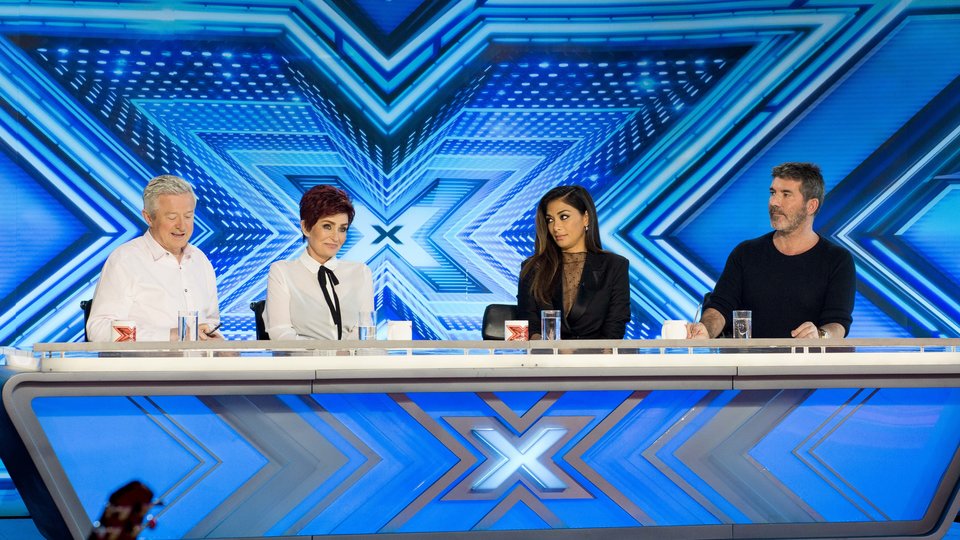 Has it already been a year already? Yes indeed The X Factor 2016 started tonight. Simon Cowell will sit alongside Nicole Scherzinger, Sharon Osbourne and Louis Walsh for the first stage of the auditions. EF watched the first episode of this series, which was full of talented singers and some funny moments. Here is my recap on all the action.

With Dermot O’Leary back as commentator and the old judging panel, this week could only be exciting. I have to say that personally I will miss last year’s judges, Cheryl, Nick Grimshaw and Rita Ora but change is always refreshing. The auditions kicked off with Yes Lad, who gave up jobs to focus on their music careers. The boys sang Justin Timberlake’s Can’t Stop The Feeling didn’t blow my mind and some of the vocals were rather patchy, which really didn’t help. Louis thought it was a good audition with great song choice and both Sharon and Nicole agreed, Simon even said there was one star in the group. The judges started off on a positive note putting Yes Lad through with four yes’.

Zak Daven was up next and provided some solid laughs, with his eccentric performance of one of his own songs. Unfortunately Zak’s stage presence wasn’t good enough with the best part being the piano melody. The judges didn’t hide how much they disliked the performance and chose not to let Zak go through to the next stage.

One of the highlights of this evening included, Samantha Lavery, who gave an impressive performance during her first audition. Singing Ellie Gouldings, Explosions Lavery belted out the song passionately. The sixteen year-old impressed the judges with Nicole saying that she was a real diamond in the rough. Simon also said that it was a very good first audition. The judges loved the audition and gave her four yes’.

Christian Burrows was up next and sang Country Road but Simon stopped him even though the young singer sounded brilliant. Instead Simon asked him to sing one of his own tracks, which he decided to do. The track was about Christian’s brother who passed away when he was only young. The track was emotional and hit all the right notes in my opinion. Christian can definitely sing and has that Ed Sheeran vibe about himself. Simon said that it was a very brave thing to perform that song and that he liked him. All the judges were touched by the emotional song and voted for him to stay in the competition.

Trying his best to shine was 34 year old James Wilson, who was trying his best not to forget the lyrics to the song. Unfortunately his nerves got the best of him with Sharon saying that he looked really nervous making her nervous, Nicole said that he was better than he thought he was but Simon didn’t think he did a good audition. Nevertheless the judges liked him and his vocals and put him through to bootcamp.

When Richard Chen’s turn came it didn’t really go well for him. The hopeful contestant gave a mediocre performance of Over the Rainbow. It really didn’t work and didn’t sound good at all. Simon said it sounded like he just got the dentist. Even though Louis and Nicole liked him as a person they didn’t think his singing and so Richard didn’t go through.

Eighteen year-old, Caitlyn Vanbeck decided to pour her heart out and it paid off. Her vocals were stunning and her range impressive. Nicole was really emotional about the performance, shedding a few tears and Simon thought that Caitlyn reminded him of a young Kelly Clarkson. The judges awarded her three very easy yes’.

Ryan Lawrie was up next and I wasn’t swept away by his performance of the dance track, Cecilia. I don’t think the vocals were great but mainly the song choice was poor. Nicole seemed to like the song and said that Ryan was a natural. Louis also thought it was a good audition and Simon agreed that it wasn’t a great song choice but that he had potential.

Another great performance came from primary teacher Melissa Pedro, sang beautifully. I loved the tone of her voice but you could tell she was quite nervous as she didn’t open her eyes once, which was a shame because she has beautiful ones. The young singer convinced the judges who gave her three yes and Simon even said that he would remember her.

Finally it was Luis Elkes turn and he decided to sing one of the Pussycat Dolls’ tracks, When I Grow Up but even though Luis had the moves the singing wasn’t. Luis said that the commitment was there and Nicole said she loved him. Sharon also gave Luis a yes taking him to the

Genuine urban artist Honey G decided to bring it home. The London singer started off her set by singing a cringe worthy rap and then went on to sing some Missy Elliott. Although Honey G didn’t look like your conventional star I couldn’t take my eyes off her. Some of the judges agreed with me, Louis, Nicole and Sharon awarded her three yes’ putting her through to the next stage.

The X Factor is truly back and judging by the first auditions the talent will be high this year and unexpected. Can’t wait to see who will be making this season special.