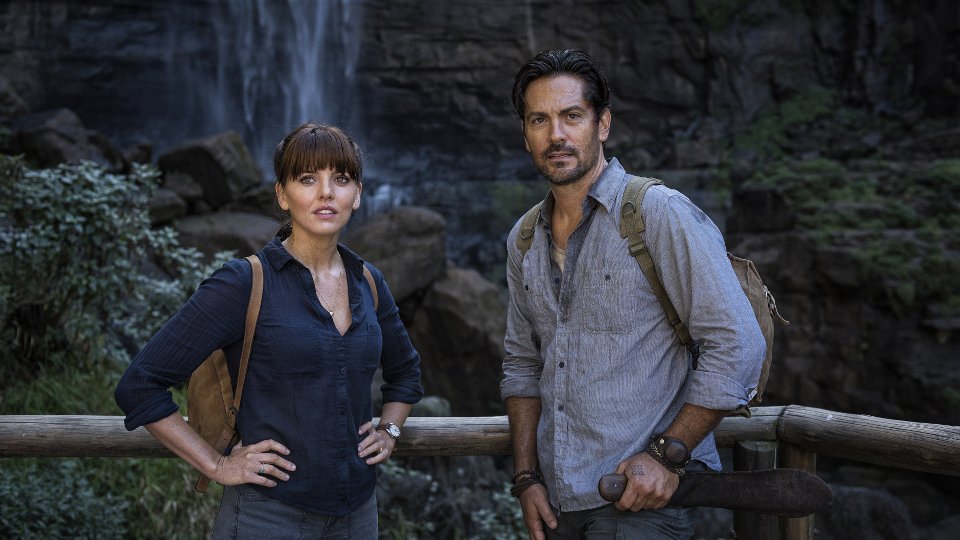 Following the release of two teasers recently, the first-look trailer has arrived for Sky 1’s new series Hooten & The Lady.

Following the nail-biting escapades of American treasure hunter Hooten (Michael Landes) who teams up with fearless historical expert Lady Alexandra (Ophelia Lovibond), the series charts the unlikely duo’s epic adventures as they travel the globe in search of hidden treasures from the past.

The first episode sees British Museum curator Lady Alexandra head deep into the Amazon jungle in search of the remains of Edwardian explorer, Percy Fawcett, who mysteriously disappeared a century earlier whilst on the hunt for the El Dorado, the fabled City Of Gold. Her search takes an unexpected turn however, when she is captured by the Yuruti tribe and crosses paths with no-nonsense maverick, Hooten.

Working together to escape, the unlikely pair must battle their way through the snake-filled treacherous rainforest to find Percy’s final resting place. Their quest takes them on the ultimate treasure hunt, but will they find what they are searching for and are they the only ones looking for it?

Meanwhile, Lady Alex’s colleagues at the British Museum Ella and Clive, are concerned and exhausting every avenue to find her. They are forced to turn to local contact Pascal for help, but will he be able to find her safe?

Hooten & The Lady begins at 9pm on Friday 16th September 2016. Watch the trailer below:

In this article:Hooten & The Lady, Michael Landes, Sky 1