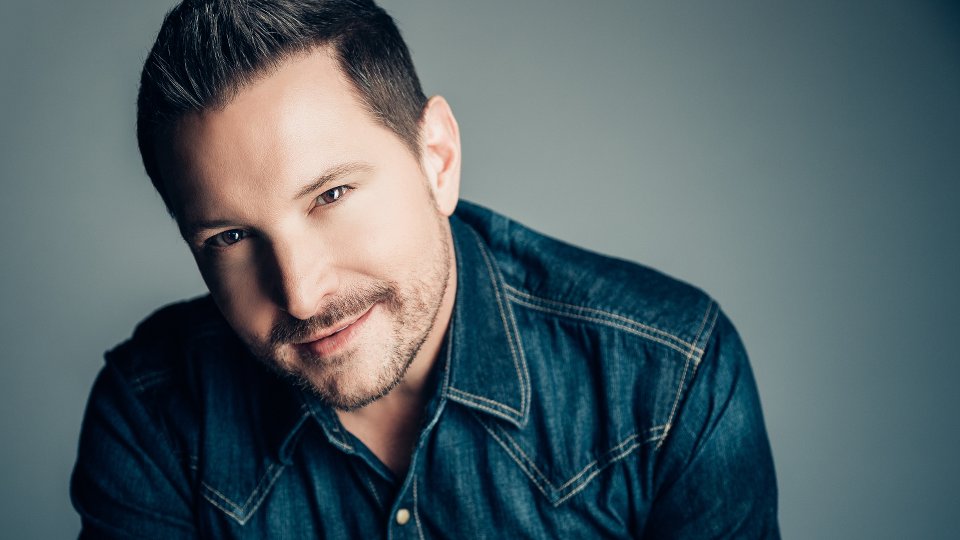 Ty Herndon has enjoyed a long and successful career in Country music enjoying a breakthrough in 1995 with his major label debut What Matter Most.

Over his career to date Herndon has had 17 hit singles on the Billboard charts with three number 1s – What Mattered Most, Living in a Moment and It Must Be Love. The singer-songwriter will be heading to the UK next weekend to headline the first ever Nashville Meets London festival, which will also serve as his UK live debut.

Ahead of his performance I caught up with Ty to find out more about his Nashville Meets London performance, get all the details about his new album House on Fire, and to discuss his future plans to tour in the UK.

Nashville Meets London takes place this weekend. How did you get involved with the festival?

I work with a great publicity team here in Nashville called Aristo Media and these guys have a legacy of bringing some great shows over. They asked me if I’d like to participate and it took me about one second to yes. I’m looking forward to bringing my band over and playing a bunch of hits and some new songs, and having a great time.

You’re headlining one of the days. Are you feeling nervous about it at all?

I’ve been doing this for a long time and to be honest if I didn’t get nervous I’d be worried about me (laughs). I’m confident once I get on stage. Any time you have to get up in front of a lot of people and sing, you just hope that they’ll love you as much as you love them.

Have you performed in the UK before?

I have not! I’ve been to the UK many times but this will be my first headlining position on a big show so I’m super excited.

Do you have any idea what to expect from a British audience? Have any of your friends prepared you?

I have heard only from friends like Terri Clark and a couple of my buddies that have performed that the crowd just sings every word to your song loudly and they love you. I’m looking forward to that.

British crowds tend to know every word to everything you’ve ever done, even if it’s brand new…

I think that’s fantastic. Even here in the States if I’m singing one of my hit songs and the crowd is singing louder than me, I normally just put the microphone down and let the crowd sing it because it’s such a glorious moment. It feels incredible to know that people are that invested in your music.

What kind of a performance can people going to Nashville Meets London expect? Will it be a full band, acoustic or a mixture of both?

It’s a mix of both things to tell you the truth. We do the hits of course and we’ve got a brand new album coming September 28th. We’ll break it down acoustically and play a couple of new songs for the folks so they can hear what’s coming. We just have a lot of fun. I tell stories about my life and my spirituality; it’s very informative and fun.

Are you going to have any time to sightsee and travel around while you’re in the UK?

I hope so. I know we have a couple of shows while we’re there and usually with my band we take time to see the sights. Hopefully we’ll have an afternoon to do that.

You mentioned that you’ve got a new album, House on Fire, coming out this September. What’s the story behind the record?

I started writing this album 18 months ago so for it to finally be done and on it’s way…we actually just shot 5 full-length videos in Los Angeles, California over the last two weeks just to do something different. We’re at a time with social media where people are so visual so not only are they going to get to hear the songs, they’re also going to get to see them as well. To tell you the truth it’s my favourite album since my very first album on Sony Records. The songs are great. I wrote about 80% of it and I produced the album. I got to take my time in the studio and create new sounds. Vocally I got to challenge myself and it’s a very personal and fun. One of my fans came up to me at a show the other night after we’d played one of the new songs and said ‘dude, these songs are great – they are current and sound better than ever!’ For a fan to tell you that it’s pretty awesome. I just hope everyone feels the same way.

Sonically where are you going with this album? Is it a progression or are you trying to do some different things this time round?

I’m trying out some new melodies that are different for me. There are songs like House on Fire – I’ve been through a lot in my life and to be able to sing about it and get that personal with a song like that (is great). The last song on the CD is called Fighter and I’ve often been told in my life that I really fight for the music and my life. It’s great to close the album out with that.

There’s some spirituality in there too – there’s a song called The World We’re Living In that I wrote just about the times we’re in today and how I hope the future looks better and we can only do that through love. People love it when I sing love songs (laughs) and I’ve sung a lot of those over the years. There’s some glorious love songs on the record and there’s also some songs like That Kinda Night and Blame It On the Mustang where you want to let the window down in your car or let the top down and just go for a drive and turn the music up really loud.

When I listen to one of your songs I’m always captivated by your big soulful voice. Where does that come from and when did you first know you had it?

I grew up singing in a very spirit-filled church in the South, here in the United States. There was no music without emotion or feeling. It was very much a part of how I learned to interpret and sing music – very emotionally and in a big way. My family are bluegrass and gospel singers so I come from a legacy of some soulful and big singers. I’m the guy in the family that got lucky enough to go out, do it and be a musician for the world.

Having been in the industry for so long does it become harder and harder to make sure you’re always putting out your best?

I’m a scrapper and a fighter for music so I take it very seriously. It’s 18 months in the making and that’s a lot of hard work in just putting the pieces together. I’m the kinda writer and producer that one day will be really stressed out about it and the next day I’ll have to just walk away from it, come back later and say ‘that’s really good’. I think like anyone I’m creative to a fault (laughs).

I don’t think you can be a creative person and not be your own worst critic can you?

Absolutely. I think that’s pretty common. I did this record with the amazing Erik Halbig. It’s important to surround yourself with calm people and creative people. As an artist I can walk out of the studio because I don’t think I’m singing something the way I want to hear it and get upset about it. You need people to reel you in and say ‘that’s great, you did it perfectly’. I think it’s important to surround with great songwriters and great producers so you can be as creative as you want to be.

If Nashville Meets London is a big success for you, would you consider coming back to the UK and doing a headline tour?

Wouldn’t that be great? I would love that man! I know with the new record label and the people I’m working with, we’re going to consciously be making sure that the UK has all the new music and that people get a chance to hear what I’m doing. It would be an incredible thing to come back and do 3 or 4 weeks in the UK. We have to work towards that and it would be great.

Man! I tell you what…I always like to say this. If there’s 5 people in a room that want to hear me sing I’m happy. If there’s 5,000 or 50,000 even better. I’m just blessed to be able to do my music and have people want to hear it. I truly mean that. I’m just at that place in my life where I can’t believe I’ve had such a career and that I get to walk on a stage and people know my songs. That’s pretty awesome!

Ty Herndon headlines the first night of Nashville Meets London, which takes place on Saturday 13th August 2016. He will release his new album House on Fire on 28th September 2016. Watch the video for Lies I Told Myself below: