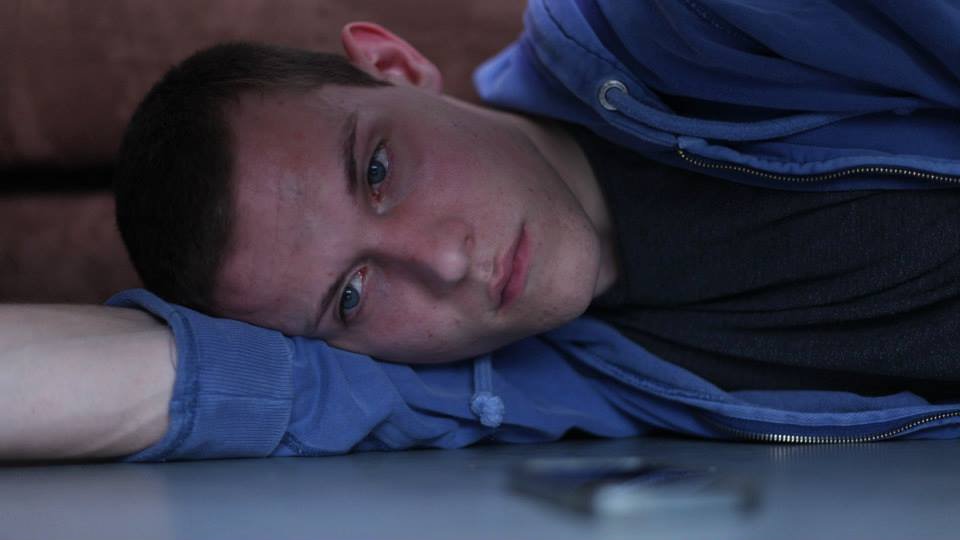 As with any short film collection, not all of the shorts here work and much of the content won’t be to everyone’s taste. One of the main issues with the film is that none of the stars of the film are actually actors. They were all picked based on their looks rather than their acting ability and that is evident throughout.

Like Cattle Towards Glow opens with a short about a boy who sells his body for sex but the twist is that he acts like a dead body. When necrophilia is introduced within a few minutes, you know that Like Cattle Towards Glow is going to be an interesting watch and one that is desperately trying to shock you. From there on out the shorts take on weird and bizarre scenarios such as a spoken word artist being ‘raped’ by members of his audience and a boy and a girl who dress as monsters and kidnap a skater boy so they kill him.

The main problem with Like Cattle Towards Glow is that it lacks a cohesive point. What are Cooper and Farley attempting to say with the shorts? It’s hard to tell. One thing I can tell you is that it’s definitely not a pleasant watch and it’s hard to understand who would actually find this kind of material appealing? It’s one thing to explore dark desires and look at the side of sex that isn’t all romantic comedies and happy endings, but a lot of the subject matter here is likely to leave a nasty taste in your mouth and you, like me, will be asking ‘why am I watching this?’

Like Cattle Towards Glow is an interesting concept but not one that I felt particularly worked. The five stories have very little in common with one another other than the young subjects they focus on. Aside from that it tries a little too hard to push the envelope and shock you but in a world where we’re becoming more and more desensitised to these sorts of films, it doesn’t have the impact it thinks it does.

In this article:Dennis Cooper, Like Cattle Towards Glow, TLA Releasing, Zac Farley