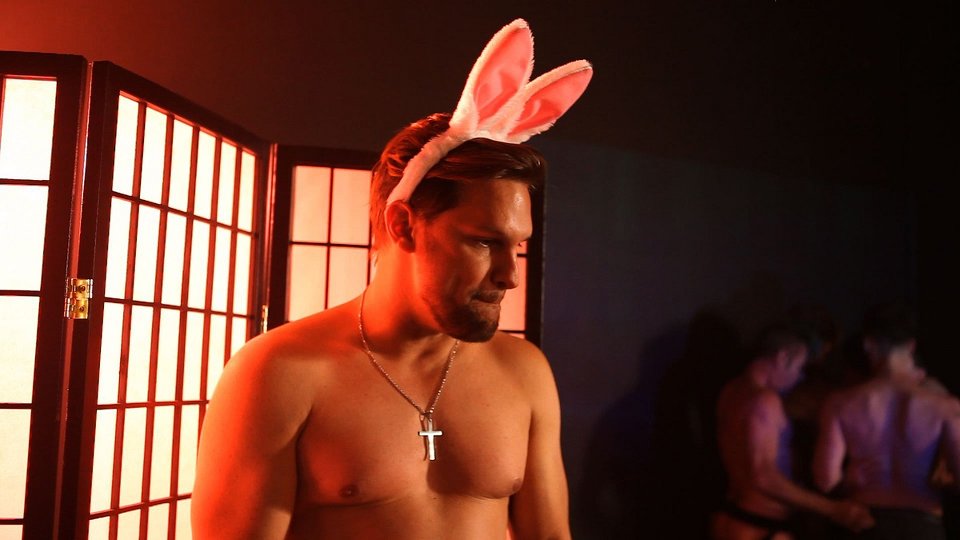 Writer/director Mark Bessenger knocked it out of the park with his last feature The Last Straight Man. It’s safe to say after loving that movie, my expectations were high for his next project. Confessions is an anthology that features 10 ‘confessions’ that take on a variety of styles and tones. It couldn’t be more different from The Last Straight Man but is it as good?

I have to admit at this point in the review that anthology releases aren’t always my cup of tea. I often find that they can be very hit and miss, and uneven in tone, which doesn’t always make for the most cohesive viewing experience. I’m pleased to say that I was pleasantly surprised with Confessions because there did feel like a theme throughout to connect each of the 10 disconnected stories. Stylistically the person giving the confession often speaks directly into the camera making it feel like he is confessing directly to the viewer.

The collection opens with an actor video-taping his confession, which starts perfectly innocently as he talks about trying to make it as an actor. Before long the confession takes a darker turn as he talks about being taken advantage of by a producer and from that point Confessions really establishes the contrasting light and dark reveals that are to come over its duration.

Some of the confessions are funny, or at least use humour to lighten to the mood, with a standout being a puppet coming out as a puppet to his human family. Voiced by Mark Cirillo, who features in two of the confessions here and worked with Bessenger previously on The Last Straight Man, the puppet turns a relatable coming out story into something altogether more humorous.

Elsewhere across the collection a man kidnaps someone from his past to teach him a lesson, a break-up in a diner leads to a hilarious case of verbal diarrhoea, and singer-songwriter Tom Goss sings his confession proving a highlight.

Confessions is an interesting project. There’s plenty to enjoy about it, even if a couple of the confessions don’t hit the mark, and Bessenger knows how to get the best out of his actors and his cinematography. Confessions looks really great and the assortment of hunky actors in it definitely make it easy on the eye. I look forward to seeing what Bessenger comes up with next!