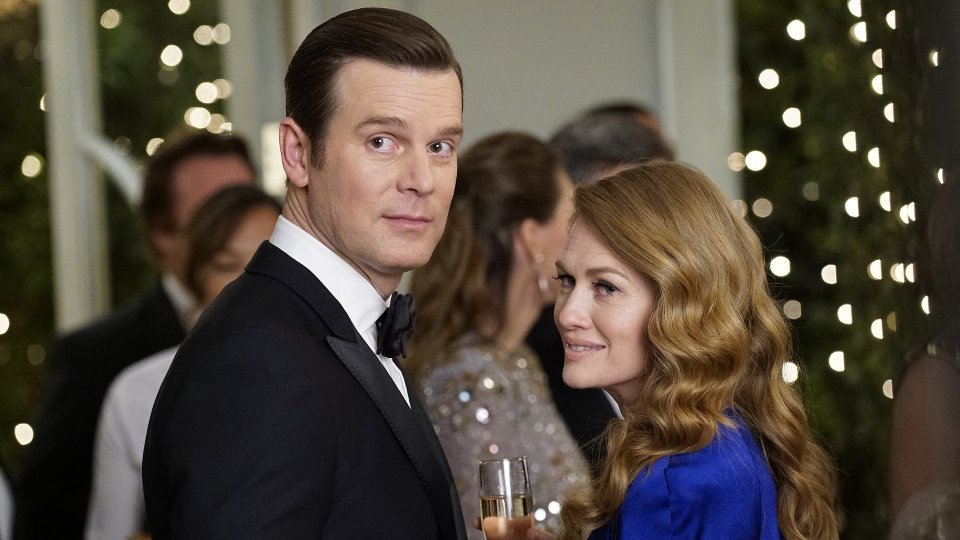 Ben (Peter Krause) was caught out after helping Alice (Mireille Enos) close in on Margot (Sonya Walger) on the latest episode of The Catch.

Margot’s mother Sybil (Lesley Nicol) made an unexpected arrival in L.A. with her sights set on getting Leah Wells (Nia Vardalos) back from her daughter. Sybil also tasked Ben and Rhys (John Simm) with a con to get an invite to a wedding.

Alice decided to hunt Margot down and with the help of Val (Rose Rollins) and Dao (Jacky Ido), she managed to get her into custody. Unfortunately Sybil staged a breakout and returned Margot home where she surprised Ben by telling him that she knew he’d been working with the FBI. In retaliation Sybil sent Rhys to collect Alice.

Elsewhere in the episode Ben and Rhys had to pose as a gay couple in order to reunite the couple whose wedding they were trying to get an invite to, Margot reluctantly agreed to partner with Leah and Reggie (Alimi Ballard), and Alice tried to decide if she could trust Ben.

The season finale is The Wedding. Sybil proves to be a formidable adversary and devises a well-orchestrated con that takes place at a high-profile wedding. Meanwhile, Alice finds herself in a precarious situation and Ben puts everything on the line to keep her out of danger.