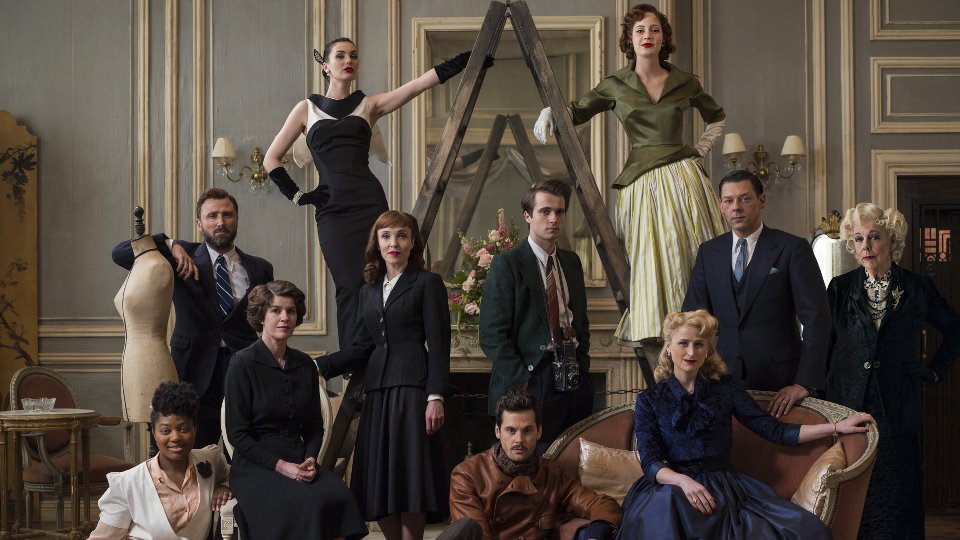 The Collection, a new Original series, is coming to Amazon Prime Video on Friday 2nd September it has been announced.

The gripping family saga is about a fashion house tasked to restore Paris’ supremacy as the haute couture capital. But the question is, can this business survive meteoric success?

Spearheaded by two clashing brothers, creative and entrepreneurial geniuses, played by Richard Coyle (Coupling, Crossbones) and Tom Riley (Da Vinci’s Demons) this family is hiding secrets that could destroy their dreams. Internal rivalries and betrayals, hateful bargains made to survive the Nazi occupation, and the twisted secret behind the master’s success could threaten to topple this empire at any moment. The staff of the atelier survived one devastating war, but another looms; one where personal battles and passionate love stories set family against family, protégés against mentors, and the past against the future. No one’s position is secure…

The Collection features an all-star cast including Richard Coyle (Coupling, Crossbones) and Tom Riley (Da Vinci’s Demons) as the warring Sabine brothers, The Collection also stars Frances de la Tour (Hugo, Harry Potter and the Goblet of Fire) as their formidable mother, Yvette. Also joining the cast is Mamie Gummer (Ricki and the Flash, The Good Wife) as Paul Sabine’s American wife Helen, and Jenna Thiam (The Returned) as Nina, a seamstress whose star is on the rise.

“We’re incredibly excited to be bringing this new, original series to Amazon Prime members in the UK,” said Jay Marine, VP Amazon Prime Video EU. “We have a collection of all-star British, American and European talent on this show, both in front and behind the camera. Headed by Oliver Goldstick, the team have created a taut family drama playing out in a sumptuous universe within the glamour of 1940s Paris. Against a backdrop of beautifully-made gowns, sparring business rivals, war heroes and villains, The Collection is a captivating, original drama and Prime members will get a chance to see it before anyone else.”

The Collection will launch on Friday 2nd September 2016 with new episodes launching every Friday.

In this article:Amazon Prime Video, The Collection