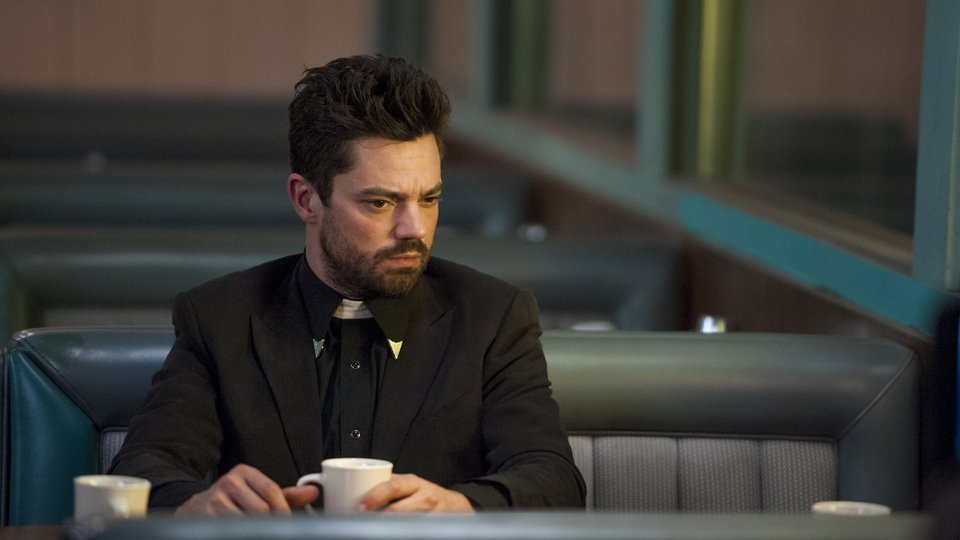 Jesse (Dominic Cooper) realised the full extent of his new power on the latest episode of Preacher.

During an argument with Eugene (Ian Colletti) following Jesse trying to help him deal with the anger of Mrs. Loach, Jesse told Eugene to ‘go to hell’ and that’s exactly where the boy went. Is that the last we’ll see of Eugene?

Elsewhere in the episode Tulip (Ruth Negga) and Emily (Lucy Griffiths) called a truce of sorts, prior to his disappearance Eugene actually made friends with some boys from school and Jesse and Cassidy (Joseph Gilgun) got caught in an endless fight involving Fiore (Tom Brooke) DeBlanc (Anatol Yusef) and the seraphim.

The next episode of the season is He Gone. Jesse’s actions alienate and endanger those closest to him as we glimpse into his past and finally learn the root of all of his guilt.

The episode is on Amazon Prime Video in the UK now. Preview it with our gallery below: