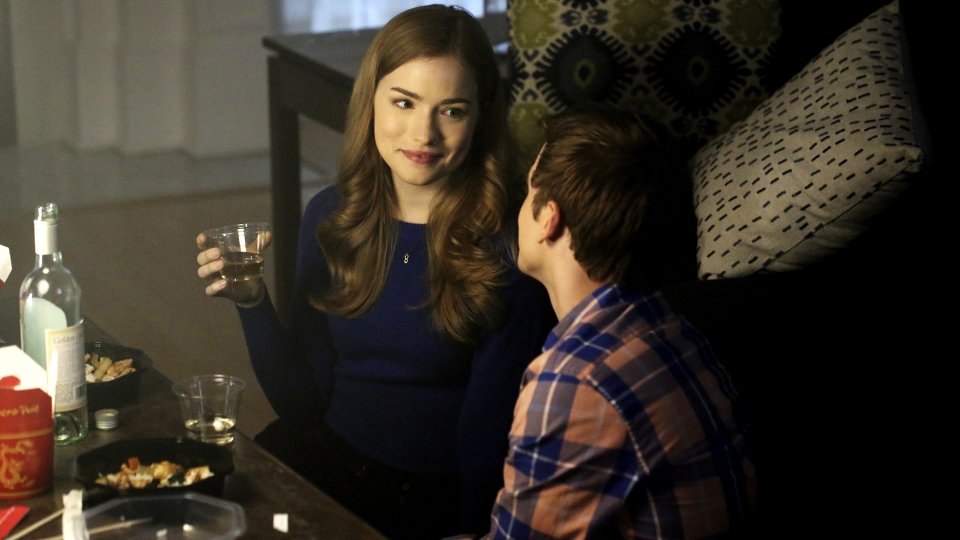 Seth Branson (Bobby Campo) became the next victim of the killer on the latest episode of Scream.

Brooke (Carlson Young) lured Seth to a hotel room promising to rekindle their relationship. After tying him up, she tried to get him to confess to the murders but when he claimed he was innocent she left him on his own. Soon after he was visited by the killer who murdered him.

Elsewhere in the episode Audrey (Bex Taylor-Klaus) faked a kidnapping to try and get Noah (John Karna) off the scent but things went wrong when the killer showed up. In the end Audrey came clean unaware that Noah was recording everything. Kristin (Austin Highsmith) was revealed to have been having a relationship with Seth and Brooke stirred the pot before Seth’s untimely demise.

The next episode of the season is Let The Right One In. Eli takes Emma on a criminal adventure while Noah’s relationship with Zoe escalates and the Killer lures Brooke and Audrey into a deadly trap.

Tune in to MTV at 10/9c tonight in the US and tomorrow on Netflix in the UK to see the episode. Preview it with our gallery below: