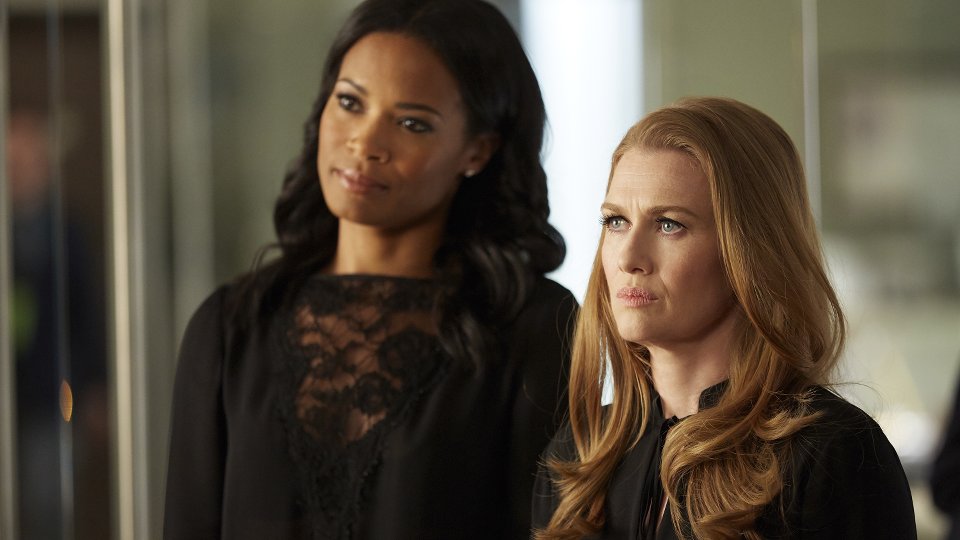 Alice (Mireille Enos) told Val (Rose Rollins) what she was up to on the latest episode of The Catch.

Val noticed that something was going on when she saw Alice give her phone to Sophie (Elvy Yost) to try and find out who had been tracking her. Lifting the phone from Sophie, Val forced Alice to tell her the truth and to Alice’s surprise her friend and business partner offered to help her.

Working together they found the bugs that Dao (Jacky Ido) had placed in Alice’s house and Val confronted him warning him to leave Alice alone.

Elsewhere Ben (Peter Krause) pulled off a new con to steal an expensive bracelet but was blindsided when Alice tricked him into sleeping with her so she could steal it from him. Meanwhile the firm investigated the case of a politician who was being blackmailed.

The next episode of the season is The Benefactor. The AVI team takes on a new client, a female captain in the army, who is being harassed by her colleagues. Meanwhile, Alice makes a play on Ben that could put her in some very serious danger, and both Ben and Margot are shocked when an old friend comes to town.